The bill comes amid increasing tensions between US and China 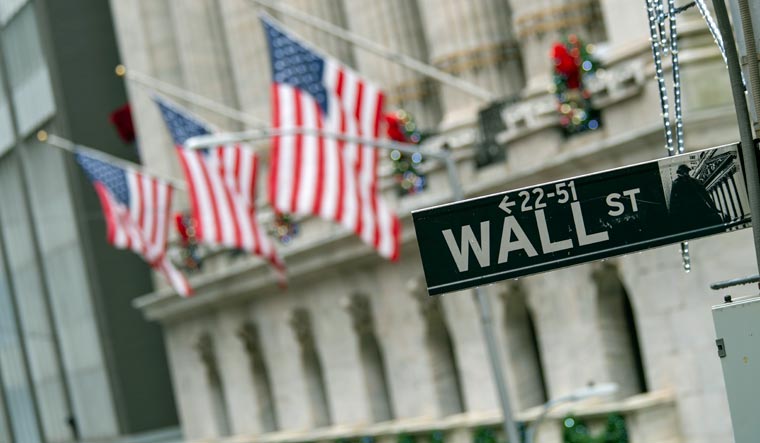 The US Senate on Wednesday passed a bill that could block some Chinese companies from selling shares on American stock exchanges, as per a BBC report. The list includes companies like Alibaba Group Holding Ltd. and Baidu Inc.

The bill was unanimously approved and it would require the companies to certify that they are not under the control of a foreign government.

US-listed Chinese companies have come under scrutiny after Luckin Coffee revealed that an internal investigation found $310 million of its sales last year between April and December were “fabricated”. Nasdaq this week moved to delist Luckin Coffee.

Alarms have been raised by US lawmakers that billions of dollars have been flowing into some of China’s largest corporations and that much of it is from pension funds and college endowments. Alarms had also been growing that American money is bankrolling efforts for China to develop artificial intelligence and autonomous driving to internet data collection to be the leading nation in technological developments.

Shares in some of the biggest US-listed Chinese firms, including Baidu and Alibaba, slid Thursday in New York while the broader market gained.

“Publicly listed companies should all be held to the same standards, and this bill makes common-sense changes to level the playing field and give investors the transparency they need to make informed decisions,” Senator Van Hollen said.

James Hull, a Beijing-based analyst and portfolio manager with Hullx said, “All Chinese US-listed entities are potentially impacted over the coming years. Increased disclosure may hurt some smaller companies, but there’s been risk disclosures around PCAOB for a while now, so it shouldn’t be a shock to anyone."

Since discussions on increased disclosure requirements began last year, many Chinese companies have either listed in Hong Kong already or plan to do so, Hull added.

“I commend our Senate counterparts for moving to address this critical issue,” Sherman said.

The Senate also passed a separate bill to sanction Chinese officials over human rights abuses against Muslim minorities, which is now being discussed by the House with guidance from lawmakers and members of the relevant committees.

The bipartisan pushback against China has been rising in the Congress ever since the two nations have been at loggerheads over trade and other issues. It has particularly amplified since President Donald Trump has sought to blame China as the main culprit in the coronavirus pandemic.

Companies including Alibaba and Baidu raising billions of dollars selling shares in American markets has recently been added to the long-simmering feud. The White House has been urging Trump to take a harder line on the audit inspections.

Last week, Trump said in an interview on Fox Business that he’s “looking at” Chinese companies that trade on the NYSE and Nasdaq exchanges but do not follow US accounting rules. He, however, added that a crackdown could probably backfire and hit exchanges in London and Hong Kong.

Still, he said that cracking down could backfire and simply result in the firms moving to exchanges in London or Hong Kong.

While not technically part of the government, the PCAOB is overseen by the Securities and Exchange Commission and can inspect audits of Chinese firms that list in the US.

The topic is likely to come up at a roundtable that the SEC is holding July 9 on risks of investing in China and other emerging markets.