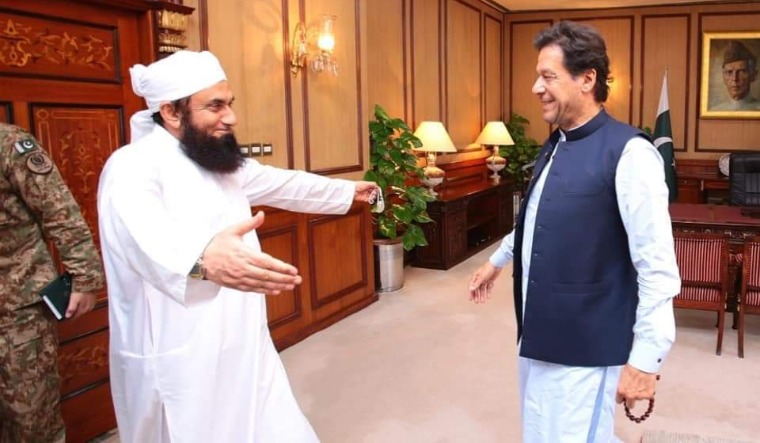 A senior Pakistani cleric has claimed that the ‘wrongdoing of women’ is the cause of the COVID-19 being released on humanity.

Well-known cleric Maulana Tariq Jameel made the remark during the Ehsaas Telethon fundraising event with Prime Minister Imran Khan on April 24, Dawn reported. Prime Minister Khan did not stop him or question him for making such statements.

The maulana blamed the global pandemic on women, who “were often scantily dressed”.

“When a Muslim’s daughter practices immodesty and the youth indulges in immorality, then Allah’s torment is unto such a nation,” the maulana said.

The maulana went on, condemning the media for disseminating lies. He called media houses around the world, including those in Pakistan, “liars”.

Dawn quoted the maulana as saying, “The prime minister is here, media anchorpersons are here... Do we consider how we are going to face the day of judgement due to our deceitfulness?”

But, he apologised on April 25 for remarks about the media. However, the maulana offered no apologies for his demeaning remarks about women.

“HRCP is appalled at Maulana Tariq Jamil's recent statement inexplicably correlating women's 'modesty' to the COVID-19 pandemic. Such blatant objectification is unacceptable and, when aired on public television, only compounds the misogyny entrenched in society,” tweeted the Human Right Commission of Pakistan.

Pakistan Human Rights Minister Shireen Mazari tweeted, “Simply absurd 4 anyone under any guise to even suggest the COVID19 pandemic is a result of women wearing short sleeves or bec of private schools/universities misleading the youth. This simply reflects either ignorance abt pandemics or a misogynist mindset. Absolutely unacceptable.”

At the telethon, Khan said, "No single government can battle the pandemic. The entire nation needs to join hands to fight this virus, keeping in mind the times that are ahead." He also urged people to pray at home and avoid going to mosques during the lockdown.

"We have to live with the virus, trying at the same time to deal with it in a most prudent manner,” he said and added that it was difficult to predict how the coronavirus situation would emerge and probably, even a complete lockdown may not be able to control the scourge.