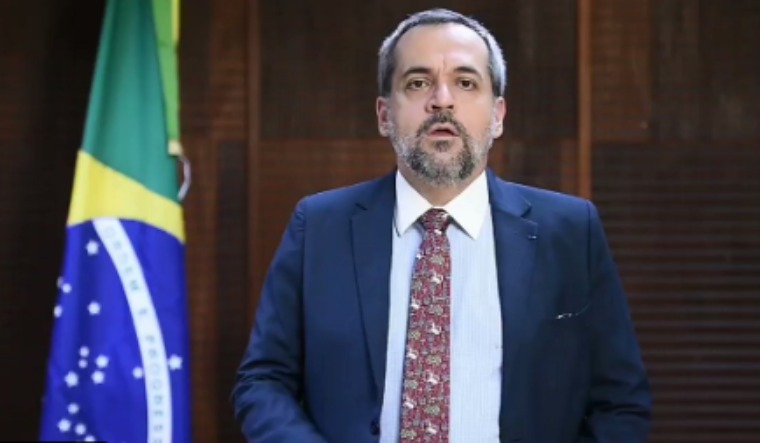 A minister in the Jair Bolsonaro government in Brazil has joined ranks with US politicians in insinuating that China was behind the coronavirus outbreak.

Education Minister Abraham Weintraub wrote on his Twitter handle on Saturday that the coronavirus pandemic was part of China's "plan for world domination". "Geopolitically, who will come out stronger from this global crisis? Who in Brazil is allied with this infallible plan for world domination?" Weintraub asked. Weintraub's original tweet, in Portuguese, triggered more outrage as he had substituted the letter 'r' in ‘Brazil’ with 'L' to make it read 'BLazil', in an apparent jibe at Chinese accents.

“When the crisis erupted, instead of alerting the world, they withheld information and rushed to build respirators, which they’re now selling to a world that’s desperate for them,” Weintraub was quoted by Bloomberg as telling in an interview to a radio station on Monday. In the same interview, Weintraub called on China to provide more assistance to Brazil. “If they [China] sell us 1,000 ventilators, I’ll get down on my knees in front of the embassy, apologise and say I was an idiot," Weintraub said.

Health Minister Luiz Henrique Mandetta said last week Brazil was struggling to source ventilators and other vital health supplies from China, saying some of its orders were cancelled without explanation.

In March, Eduardo Bolsonaro, the son of President Bolsonaro, blamed the coronavirus pandemic on what he described was the "Chinese dictatorship".

Brazil has the highest number of coronavirus cases in South America. As of Tuesday morning, Brazil had 12,232 cases and 566 deaths have been reported.