US refuses to relent on Iran sanctions, despite G20’s call for solidarity 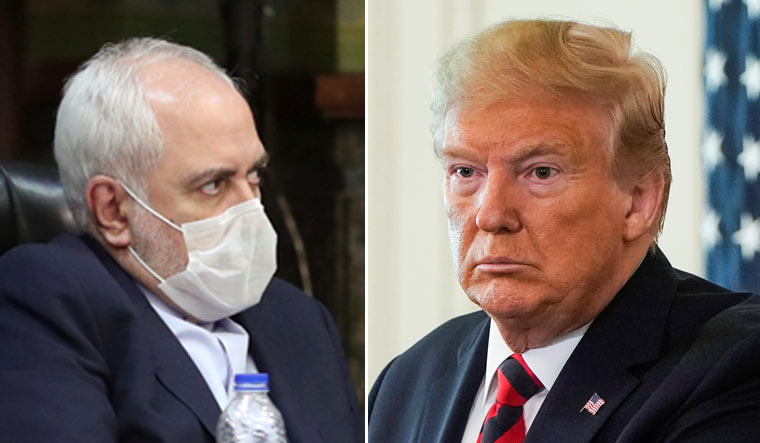 Even as the G20 Extraordinary Virtual Leaders Summit on Thursday spoke about the need to jointly fight the COVID-19 pandemic and reach out help and supplies across borders, it does not seem that Iran, the most severely-hit country in Asia after China, is likely to see a lifting of the sanctions imposed by the US.

Instead, the US blacklisted five Iran and Iraq-based companies and 15 individuals on Thursday for supporting terrorist groups. This is the third round of sanctions by the US in the past two weeks.

In a tweet, Iran Foreign Minister Mohammad Javad Zarif on Thursday said, "#Covid19 ravages the world, sparing no nation. Even the world's largest economy needs others to help it fight the pandemic, yet refuses to halt its #EconomicTerrorism against Iran." He tagged an article in The Wall Street Journal which said Trump had sought medical equipment from South Korea.

At the summit, both Russian President Vladimir Putin and Chinese President Xi Jinping reportedly raised the issue of sanctions. Putin, in fact, called for a moratorium on sanctions as Russia is also at the receiving end of sanctions by the US and Europe.

Jinping said, "I want to call on all G20 members to take collective actions—cutting tariffs, removing barriers and facilitating unfettered flow of trade...''

However, the issue did not reach the final statement, which though a verbose one that expressed commitment to reach out to the most affected, vulnerable and least developed, makes no note of sanctions—lifting them or otherwise. The statement, instead, said, "We will work to ensure the flow of vital medical supplies, critical agriculture products and other goods and services across borders, and work to resolve disruptions to the global supply chains.”

The statement also made a commitment to "realise a free, fair, non-discriminatory, transparent, predictable and stable trade and investment environment, and to keep our markets open.''

Iran, where the death toll due to COVID-19 crossed over 2,300, has been asking for a lifting of sanctions. In fact, Iranian President Hassan Rouhani recently wrote an open letter to Americans, telling them that the path of sanctions and pressure has never been successful. Iran has been reaching out to world leaders as well.

Recently, Pakistan Prime Minister Imran Khan also appealed to the US to reconsider the sanctions.

UN Secretary-General Antonio Guterres too had earlier written to the G20 nations, saying, "I am encouraging the waiving of sanctions imposed on countries to ensure access to food, essential health supplies, and COVID-19 medical support. This is the time for solidarity, not exclusion...Let us remember that we are only as strong as the weakest health system in our interconnected world.”

US President Donald Trump walked out of the Iran nuclear deal in May 2018, and subsequently, a large part of the world stopped imports from Iran. India, which was a heavy importer of crude from Tehran, cut off the business, toeing Trump's line. India's work at the Chabahar Port in Iran, however, has been kept out of the sanctions. The port provides a vital alternate route to Afghanistan, a country in which India, Iran and the US have interests in.

Signs of a rapprochement with the US seem bleak given the fact that hostilities between the two had scaled up massively before COVID-19 struck. The killing of Iran's top commander Qassim Soleimani in a US drone strike at Baghdad in January was the tipping point. Subsequently, Iran targetted US airbases in Iraq with missile strikes.

The most recent round of sanctions shows that the US is in no mood for reconciliation despite the ravaging pandemic.