US: Man dies after self-medicating with drug Trump touted as cure for COVID-19

Trump had said chloroquine was a "very powerful" treatment against coronavirus 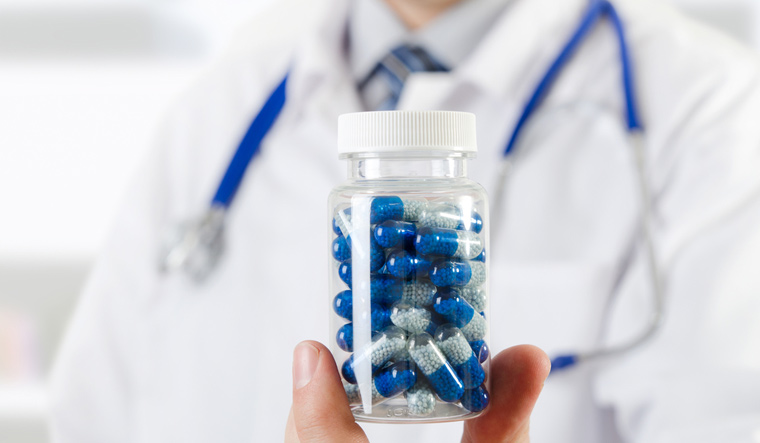 An Arizona man is dead and his wife has been admitted to the intensive care unit after they took a substance containing chloroquine, believing it would cure COVID-19.

"Within 30 minutes of ingestion, the couple experienced immediate effects, requiring admittance to a nearby Banner Health hospital," the health care system Banner Health said in a statement.

"Given the uncertainty around COVID-19, we understand that people are trying to find new ways to prevent or treat this virus, but self-medicating is not the way to do so," Dr Daniel Brooks, Banner Poison and Drug Information Center medical director, said.

President Donald Trump had recently said chloroquine was a "very powerful" treatment against coronavirus and claimed it was approved by the Food and Drug Administration (FDA).

Many people believed chloroquine works against novel coronavirus despite warnings from health officials that any suggestion that it works is purely anecdotal.

The man’s wife told NBC News that she watched Trump talking to media about the potential benefits of chloroquine—and she could remember the name as it was used on her koi fish earlier.

Trump mentioned chloroquine, and its close family chemical hydroxychloroquine, could be potential drugs in the fight against Covid-19. "HYDROXYCHLOROQUINE & AZITHROMYCIN, taken together, have a real chance to be one of the biggest game-changers in the history of medicine," he tweeted Saturday.

The website of Centers for Disease Control and Prevention (CDS) reads: "There are no US Food and Drug Administration (FDA)-approved drugs specifically for the treatment of patients with COVID-19," and a vaccine against the disease is estimated to remain at least a year away.

Chinese doctors who treated COVID-19 patients with chloroquine "had clinical and virologic benefit versus a comparison group, and chloroquine was added as a recommended antiviral for treatment of COVID-19 in China."

Nigeria's health authorities issued a warning about using chloroquine as medicine after three people in the country overdosed on the drug believing it as a potential treatment.

Banner Health advised medicos not to prescribe chloroquine to patients who aren't hospitalised. "The last thing that we want right now is to inundate our emergency departments with patients who believe they found a vague and risky solution that could potentially jeopardise their health," Dr Brooks said.

Dr. Anthony Fauci, renowned disease expert, told CBS on Sunday that the drugs may be effective against the novel coronavirus. He said Trump had heard about the hydroxychloroquine and azithromycin combination's effectiveness from anecdotal reports. "I...have said I'm not disagreeing with the fact anecdotally they might work, but my job is to prove definitively from a scientific standpoint that they do work," Fauci, who serves on the White House coronavirus task force, said.