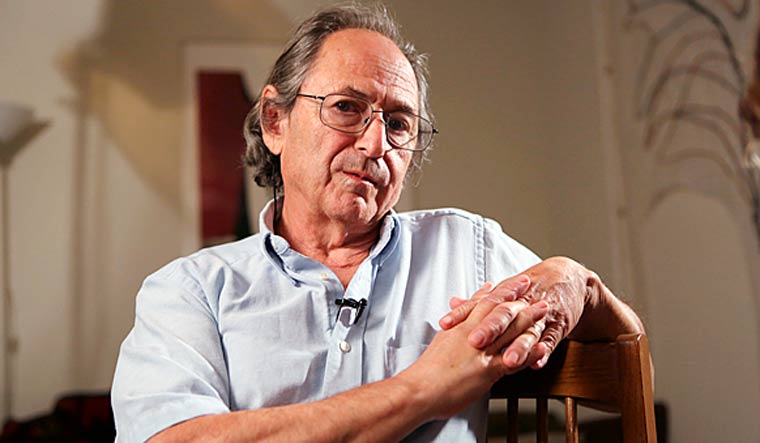 The worst might be already over for the world as it deals with the coronavirus pandemic, says Michael Levitt, a Nobel laureate and Stanford biophysicist. “The real situation is not nearly as terrible as they make it out to be,” he told the Los Angeles Times.

Levitt’s statement assumes significance as he correctly predicted the trajectory that the coronavirus would take in China. After analysing the numbers in China from January, the biophysicist calculated that China would get through the worst of its coronavirus outbreak long before many health experts had predicted.

Taking note that the number of new cases being reported each day have fallen, Levitt wrote in early February: “This suggests that the rate of increase in the number of deaths will slow down even more over the next week.” As predicted, the number of deaths began decreasing every day. Subsequently, long before the world expected it, China is back up on its legs, with the most affected Hubei province all set to open up after more than two months of lockdown.

In fact, he predicted a ballpark figure of around 80,000, with about 3,250 deaths, when others were calculating deaths in the range of millions. As of Tuesday, China has reported 3,277 deaths with 81,171 positive cases.

Now he foresees a similar, tapering trend in the rest of the world.

“Numbers are still noisy, but there are clear signs of slowed growth,” he says. At the same time, the scientist acknowledges that his figures are messy and that the official case counts in many areas are too low because testing is spotty. But even with incomplete data, “a consistent decline means there’s some factor at work that is not just noise in the numbers,” he notes.

While his observation brings hope for millions of people across the world, Levitt emphasises on the significance of the ongoing mitigation efforts by countries. The social-distancing mandates are critical — particularly the ban on large gatherings — because the virus is so new that the population has no immunity to it, and a vaccine is still many months away. “This is not the time to go out drinking with your buddies,” he warns.

The goal needs to be better early detection—not just through testing but perhaps with body-temperature surveillance, which China is implementing—and immediate social isolation.

In addition, he says that the anti-vaccination mentality of Italy was perhaps one of the strong reasons why the virus spread so rapidly in Italy. Getting vaccinated against the flu is important, too, because a coronavirus outbreak that strikes in the middle of a flu epidemic is much more likely to overwhelm hospitals and increases the odds that the coronavirus goes undetected.

Levitt’s observations are a cool breeze in such troubled times. The key, he says, is to control panic. “In the grand scheme, we’re going to be fine,” he says.

The recipient of the Nobel Prize for Chemistry in 2013 defies the doomsday predictions by various epidemiologists saying the data simply don’t support such a dire scenario—especially in areas where reasonable social distancing measures are in place.

For him, the more pressing issue is the slowing economic activities caused by the coronavirus infections. Countries across the globe have halted economic activities, including production, with many instructed to work from home. The unorganised sector, including labourers and those dependent on daily wages, will stand to be the most affected as the world stares at a COVID-19 induced economic recession.