Did Trump try to make COVID-19 vaccine exclusive to the US?

The German firm CureVac pushed back any speculation of a takeover 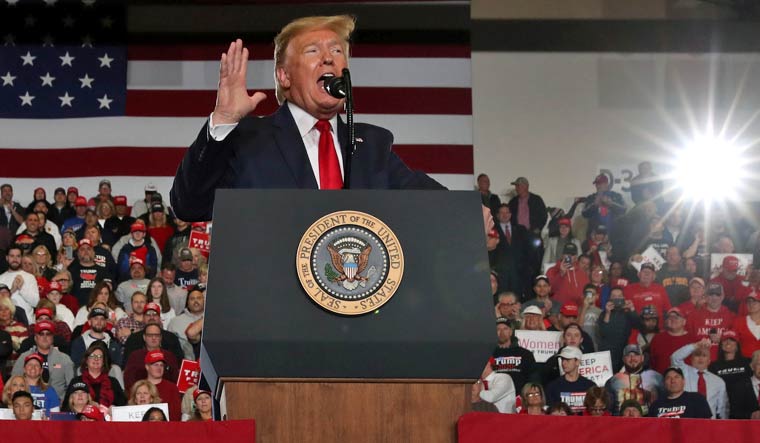 Washington is trying to persuade a German company seeking a coronavirus vaccine to move its research to the United States. This has prompted German politicians to insist no country should have a monopoly on any future vaccine.

The US administration was looking into how it could gain access to a potential vaccine being developed by a German firm, CureVac. According to German media, Trump administration had offered the company large sums of money for exclusive access to the vaccine and luring it to the US. The German government in the meantime was making counter-offers in order to tempt it to stay.

The US ambassador to Germany, Richard Grenell, has denied the report on Twitter. Another US official said, "This story is wildly overplayed ...  We will continue to talk to any company that claims to be able to help. And any solution found would be shared with the world."

In a statement, the company pushed back any speculation of a takeover. “Internal efforts are focused on the development of a coronavirus vaccine with the goal to reach, help and to protect people and patients worldwide,” a statement from CureVac read.

A German Health Ministry spokeswoman, said, “The German government is very interested in ensuring that vaccines and active substances against the new coronavirus are also developed in Germany and Europe. In this regard, the government is in intensive exchange with the company CureVac.”

According to a source, Trump was doing everything possible to procure the vaccine, “But for US only.”

CureVac is a company headquartered in the south-western German city of Tübingen.

CureVac's main investor Dietmar Hopp said “I would be glad if this could be achieved through my long-term investments out of Germany,” and added that the vaccine was being developed to help people in solidarity across the world. A German Economy Ministry spokeswoman cited Germany's foreign trade law, under which Berlin can examine takeover bids from non-EU, so-called third countries “if national or European security interests are at stake”.

Florian von der Muelbe, CureVac's chief production officer and co-founder said that the company was selecting two best coronavirus vaccine candidates to go into clinical trials. The company hopes to have the vaccine ready by June or July and then get a go-ahead from regulators for testing the same on humans. CureVac CEO Daniel Menichella said on its website that Menichella had early in the month met with Trump, Vice President Mike Pence, members of the White House Coronavirus Task Force and senior representatives of pharmaceutical and biotech companies to discuss a vaccine.