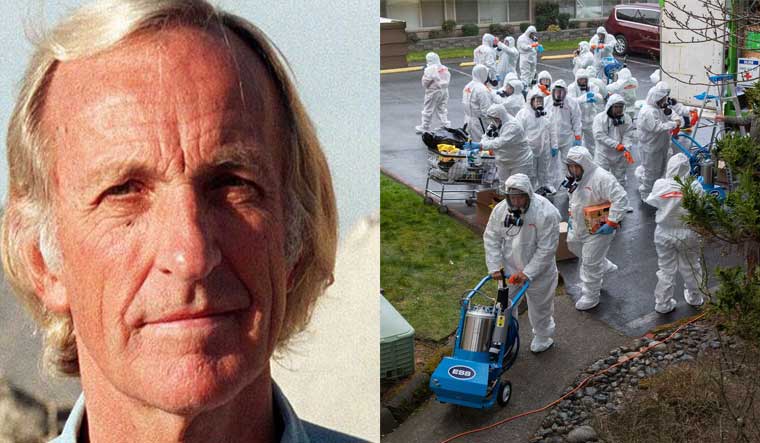 Over the course of nearly three-and-a-half months, the novel coronavirus outbreak has infected over 127,000 and left over 4,700 dead. While this has sparked global panic and a WHO-declaration of a pandemic, then death toll is still a far cry from that of starvation, Malaria and war.

This was the point made by BAFTA-award winning journalist and documentary filmmaker John Pilger who took to Facebook on Thursday, to highlight how, despite the fact that 24,600 people died each day from starvation and 3,000 children from preventable Malaria, no pandemic has been declared for them.

He also tweeted the same in shorter form.

A pandemic is declared, but not for 24,600 dead every day from unnecessary starvation, or 3,000 children dead every day from preventable malaria, or the countless daily dead from America's blockade on Venezuela and Iran and its bombs on Yemen. Before you panic consider them.

Pilger’s post attracted a storm of comments on both platforms.

He has been a staunch critic of interventionist US and UK foreign policy. His documentaries have looked at the rebellions within the US army during the Vietnam war, at the atrocities committed by the Pol Pot regime in Cambodia and how the US bombing of the country enabled this, as well as films on the devastating impact of US wars and interventions across the world, as well as that of neoliberal globalisation.

He had earlier tweeted that the coronavirus was being used as an excuse by the US and its allies to wage war against China.

“Under cover of coronavirus, the US and its 'allies' are waging war against China. The racist travel bans and media hysteria are not approved by WHO. China's response to the emergency has been a model -unlike the US whose current flu epidemic has killed 10,000 and isn't news,: he tweeted on February 3.

He tweeted a few days later decrying the growing isolation of China on the international stage.

On 28 January China said it would welcome international help as it struggled to contain coronavirus. No substantial help has come. Instead of solidarity and defying WHO, the US, Australia, Britain seek to isolate China, returning it to a state of siege and the dangers of the past

In 2016, Pilger produced the documentary The Coming War on China warning that the US was increasingly mobilising its forces and allies across Asia for a war with China.

He received the Richard Dimbleby Award from BAFTA in 1991, wherein he was described as a “man who in the best sense bears witness”.