Chinese forces have been firing lasers at US aircraft for years, all over the world 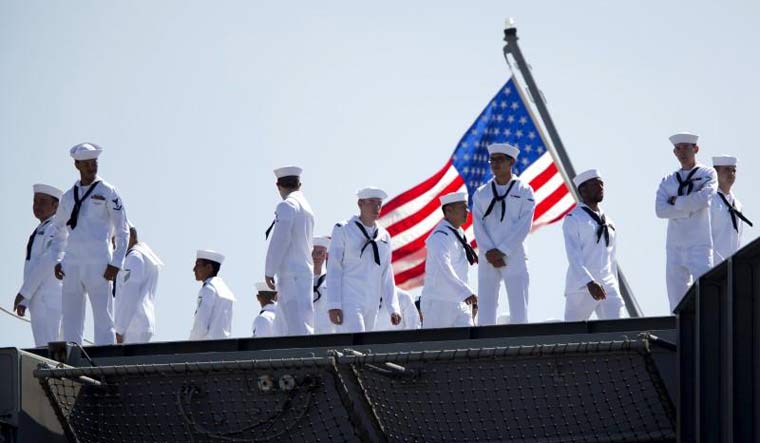 The United States Navy has issued a statement condemning the People’s Liberation Army Navy of China for allegedly firing a military-grade laser at a P-8A ‘Poseidon’ surveillance aircraft over the Philippine Sea in the Pacific Ocean on February 17.

The US Navy called China’s actions “unsafe and unprofessional”, stating that “Weapons-grade lasers could potentially cause serious harm to aircrew and mariners, as well as ship and aircraft systems.”

Military-grade lasers are used to brightly illuminate the cockpit of the target aircraft,m and can temporarily blind the pilots onboard. According to CNN, a formal diplomatic protest known as a démarche is expected to be issued.

The statement says that the laser was fired by PRC Navy destroyer ‘161’ while the aircraft was flying above international waters 380 miles (approximately 612km) west of Guam. It says that the US aircraft was “operating in international airspace in accordance with international rules and regulations” and that the acts violated the Code for Unplanned Encounters at Sea (CUES). The US Navy also says that the destroyer’s actions were “inconsistent” with a MoU between the US Department of Defence and the Chinese Ministry of National Defence regarding “rules of behaviour for safety of air and maritime encounters’.

The statement added that the P-8A was assigned to VP-45 based out of Jacksonville, Florida, and that it was forward-deployed to Kadena Air Force Base in Okinawa Japan.

This is not the first time a Chinese vessel has fired lasers at a US aircraft. According to the Pentagon, there have been over 20 laser-related incidents involving China and US forces since 2017, taking place in the Pacific as well as in Africa. In April 2018, personnel at a Chinese military base in Djibouti fired lasers at US aircraft, causing “minor injuries” according to the Department of Defense.