US: CDC flags possibility of community spread of coronavirus 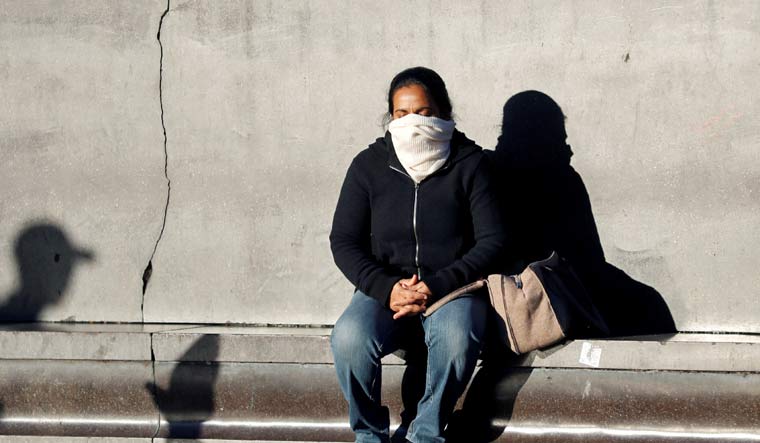 A woman covering her face sits in Duomo square, as a coronavirus outbreak continues to grow in northern Italy | Reuters

The US Centers for Disease Control and Prevention on Wednesday said that America should prepare itself for the possibility of a large-scale spread of the deadly COVID-19. The announcement was made after a case of an infected person was reported in the country. But, the person did not have any relevant travel history or exposure to a known person.

The infection was detected in California. This brought the total number of those infected by the coronavirus to 57 in the US. Community spread is the spread of an illness for which the source of infection is unknown.

US President Donald Trump, in the meantime, said he was mulling over travel ban on Italy and South Korea over coronavirus fears. He also added that the situation would not inevitably worsen in the United States.

He appointed Vice President Mike Pence to lead the response to the disease.

The President's message was at odds with the Centers for Disease Control and Prevention, which urged Americans to be prepared to cancel mass gatherings. The organisation also said schools and businesses should look at developing plans to work remotely. "I don't think it's inevitable. I think that there's a chance that it could get worse, a chance it could get fairly substantially worse, but nothing's inevitable," Trump said.

Currently, foreign nationals travelling from China within the past two weeks are currently banned from entering the US. While South Korea has almost 1,600 cases, Italy has 400. "At the right time we may do it, right now it's not the right time," Trump said in response to a reporter's question as to whether or not travellers from South Korea and Italy will be banned.

"Italy is, you know, a deeper problem, and we're checking people coming in very, very strongly from those and at some point, we may cut that off," Trump added.

The US lawmakers were accusing the administration of downplaying the health crisis. The White House, on Monday, asked Congress to make at least $2.5 billion available for preparedness and response, including developing treatments and vaccines and buying equipment for a strategic national stockpile.

Senate Democratic leader Chuck Schumer said the figure was "too little and too late," proposing instead $8.5 billion.

The CDC said that while so far the focus has been on containment, it will soon shift to mitigation. Nancy Messonnier, MD, director of the CDC's National Center for Immunization and Respiratory Diseases also said that as of 445 people have been tested for the virus, which does not include travellers who have returned on evacuation flights, such as those from the Diamond Princess cruise ship. In contrast, as of February 25, South Korea has tested more than 35,000 people for the virus.

Testing resources or kits seem to be in shortage. However, in the meantime, CDC is preparing more than 23 documents on hospital preparedness assessments, personal protective equipment, supply planning, and clinical evaluation and management.

They are also developing respirator conservation strategies, assessing state and local readiness to deal with outbreaks and linking public health agencies and healthcare systems to identify and mitigate stressors to the health system among many such crucial measures.