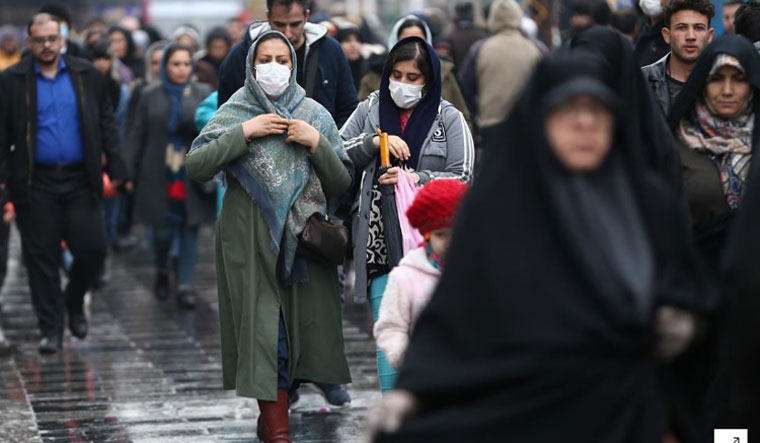 Iranian women wear protective masks to prevent contracting a coronavirus, as they walk at Grand Bazaar in Tehran, Iran | Reuters

Iran has emerged as the second-deadliest hub for the novel coronavirus outside of China. As new cases erupted across the country, a lawmaker from the southern Qom region now says the number of deaths and cases has been understated, claiming that 50 have died in Qom alone over the last two weeks with over 250 infected.

Parliamentarian Ahmad Amirabadi Farahani, representing Qom, the epicentre of the outbreak in Iran, on Monday said that the government was late to announce the outbreak and that 50 had died in the past two weeks in Qom alone.

Speaking on ILNA, Farahani said the first deaths go back to February 13—six days before Iran first reported coronavirus cases. Farahani claims that over 250 people have been quarantined in Qom and that schools have been closed. “I think the performance of the administration in controlling the virus has not been successful,” he said adding “none of the nurses” have access to protective gear and that he had not seen any action taking by the administration to confront the coronavirus outbreak.

The Iranian government has denied the charges, maintaining its official figures of 66 infections and 12 deaths. Health minister Saeed Namaki publicly denied Farahni’s claims on national TV, saying that now was not the time for “political confrontations”. “The coronavirus is a national problem,” he said.

Farahani’s rare public criticism of the government comes after Iran held its latest parliamentary polls, which saw a record-low voter turnout of 42.5 per cent. The result was a predicted ‘hardliner’ victory of the conservative factions aligned with ayatollah Ali Khameini.

According to Interior Minister Abdolreza Rahmani Fazli, the low turnout was acceptable on account of public fears over the coronavirus and well as the continued unrest on the streets that followed the shooting down of a Ukrainian plane in January.

The Iranian government has sought to reassure the public over fears of the coronavirus. Fars agency reported physicians working at the Masih Daneshvari Hospital in Tehran, saying their patients infected with the coronavirus are recovering and have been transferred form the ICU to the general ward.

Iran’s neighbours have closed their borders with the country following the surge in cases, with Turkey, Pakistan, Afghanistan and Armenia all shutting down their land border crossings with Iran. Several cases of travellers from Iran contracting the virus in another country have been confirmed so far; in Kuwait, Bahrain, Lebanon, Iraq and Canada.

On February 23, health minister Namaki potentially identified the ‘patient zero’ of the outbreak in Qom, a merchant who used to travel regularly to Qom, Middle East Monitor reported.

The explosion of cases in Iran comes as the outbreaks starts to increase in number of cases outside of China, with Italy emerging as the largest hub of cases outside of Asia. Seven have died and up to 219 infected as the disease spreads rapidly in the country’s northern provinces.

Another surge was reported in South Korea, which has emerged as the second-largest source of cases outside of China, with 161 new cases bringing the total to 763 as of Monday. Seven have died of the virus in the country so far.