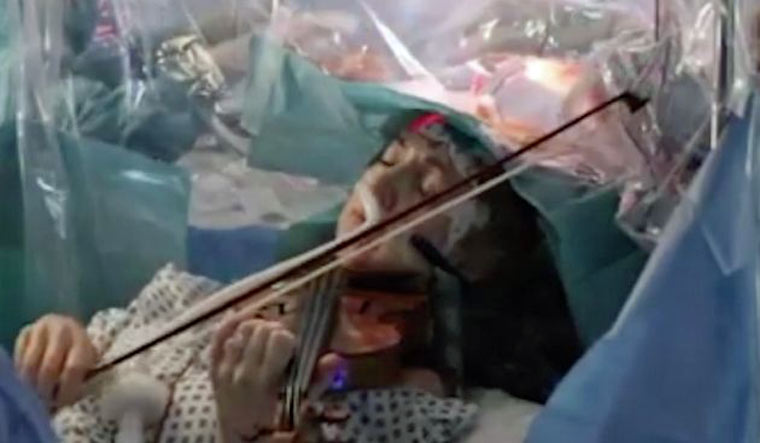 In an unusual move by doctors, a patient was allowed to play the violin while she underwent brain surgery. For Dagmar Turner, a professional violinist, the plausibility of losing her ability to play the instrument was simply unthinkable.

So, when doctors told her that she would need surgery to remove the tumour in her brain, she said she did not want the surgery to affect her ability to play the violin. The doctors at Kings College in London were understanding. They mapped Turner's brain to identify areas of the brain that were active while she played the violin.

The 53-year-old, who had the passion for playing the violin since age 10 was diagnosed with the brain tumour in 2013 after she collapsed on stage mid-performance. Turner had been undergoing radiotherapy and other treatments, but, the tumour grew in size.

Turner was woken up mid-surgery so that she could play the instrument and the surgeons could be careful as to work around the areas that allowed her to play.

Turner's surgery was a success and she was sent home with her husband and son.