10 commandments and Inca tradition: Meet the party of Peru’s ‘Christ of the West’ 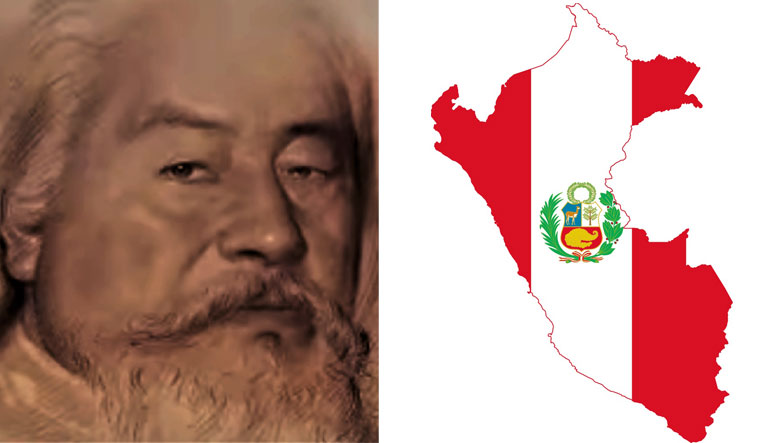 What happens when you make voting compulsory in a country where the voters don't want any particular party? Everybody wins, or rather, nobody wins. That's what happened in Peru, where as many as 10 parties were elected to the Congress with no party receiving more than 10 per cent of the total vote bank. Almost 22.5 per cent of the votes cast were blank ballots. What is encouraging is that corrupt parties such as the Fuerza Popular got fewer seats, but it also paved way to the rise of some fringe parties.

Peru's mockery of a Congress has an interesting addition―the Agricultural People's Front of Peru (FREPAP).

FREPAP represents the political wing of a religious movement called the Asociación Evangélica de la Misión Israelita del Nuevo Pacto Universal (AEMINPU). Founded in 1968 by Ezequiel Ataucusi Gamonal, AEMINPU syncretizes elements of Christianity and Inca religion. Believing in an Andean messianic savior, the group is modeled on the agrarian society of the ancient Israelites. Before this election, FREPAP, had only seen limited success in electoral politics.

Ezequiel Ataucusi was a self-proclaimed prophet, who, before entering politics, was a shoemaker, railroad worker, soldier and even a carpenter. During his forties, experiencing a serious illness, he reported that he visited a “third heaven” and addressed himself as a prophet, writing the Ten Commandments on a blackboard saying he was tasked with delivering the commandments for a second time. After the incident, he was removed from the Seventh-day Adventist Church, subsequently beginning to evangelize rural Peruvians in 1956. The religion is a mix of Seventh-day Adventism, Judaism, Inca mysticism and Maoism.

Ataucusi preached that he was chosen by God to create a new Israel in the Amazon rainforest as a punishment of the Israeli people for their losing faith. Followers of the movement regarded Ataucusi as a prophet and 'the reincarnation of the Holy Spirit'. His followers claim a divine right to the Amazon Basin, where they say Peru will survive the coming apocalypse and become a sort of new Incan Israel, an agrarian powerhouse in the middle of the jungle. Ezequiel Ataucusi died during the Israelites' Pentecost in 2000. His followers waited for three days for his resurrection as promised but were left disgruntled when he failed to rise.

Ataucusi would often state that the apocalypse was approaching and would preach that he delayed such events. His followers were required to wear robes modeled from the Old Testament, though Ataucusi never wore them saying that he would only do so when the apocalypse occurred. Throughout this time, he had several wives and was known to be very sexually active.

The founding of the church happened when many rural Peruvians faced a decline in socioeconomic standards into the 1970s. As the internal conflict in Peru intensified, followers flocked to the AEMINPU. Ezequiel's arrival and stature grew at a time when many Peruvians sought salvation amidst the chaos of economic crisis and an internal war with Maoist rebels, called The Shining Path. Some found answers through armed struggle, while others did so in biblical texts. Their belief system as a whole is a syncretic amalgamation of Adventism, Judaism, Inca Messianism and Maoism. They paraphrase sections of the Bible that make reference to the City of the Sun, which they interpret to be Cusco, the ancient Inca capital.

The FREPAP's success is mainly due to the Peruvians' resolve to punish traditional parties with strong links to corruption and little religious presence. The FREPAP's strong religious footing gave voters the notion the party's religious ties would mean there are little chances of corruption. The FREPAP calls for a strict adherence to the Ten Commandments and the decentralization of populated cities by forming agrarian communities. True to its ultra-conservatism, the FREPAP are against Peru's current sex education and believe LGBTQ+ people have evil in their blood. The eccentric religious fanatics now command a sizeable share of lawmaking in Peru, something that should alarm the leftists and centrists alike. The heavily scattered Congress in Peru is the result of Peru's disillusionment with its own political system. It is what happens when the electorate loses its faith in the entire democratic process and politicians fail to do their job.