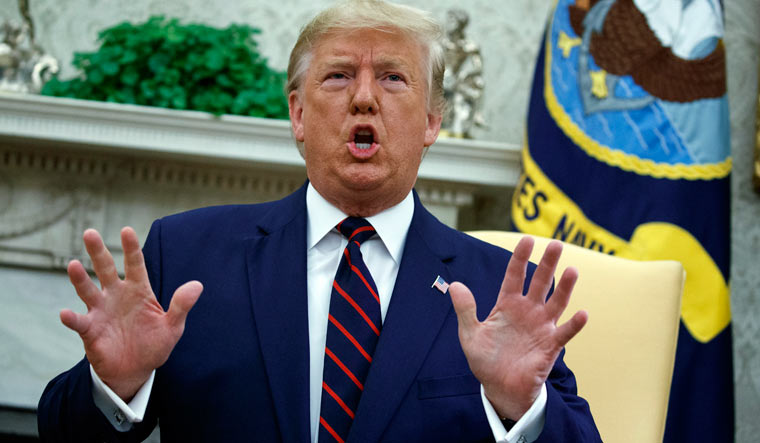 The United States on Wednesday announced the launch of a 27-nation International Religious Freedom Alliance, which will try to adopt a collective approach in protecting and preserving religious freedom across the world.

It is an Alliance of "like-minded partners who treasure, and fight for, international religious freedom for every human being", US Secretary of State Mike Pompeo said in his address during the formal launch.

Among the prominent countries to join the alliance are Australia, Brazil, the United Kingdom, Israel, Ukraine, the Netherlands and Greece.

"Defending the right of all people to live their lives according to their conscience is one of this administration's top priorities," Pompeo said in his address.

"Indeed, we must affirm, and fight for, that truth now more than ever. More than eight in 10 people in the world today live where they cannot practice their faith freely," he said.

"We condemn terrorists and violent extremists who target religious minorities, whether they are Yezidis in Iraq, Hindus in Pakistan, Christians in northeast Nigeria, or Muslims in Burma," Pompeo said.

"We condemn blasphemy and apostasy laws that criminalise matters of the soul. We condemn the Chinese Communist Party's hostility to all faiths. We know several of you courageously pushed back against Chinese pressure by agreeing to be part of this Alliance, and we thank you for that," Pompeo said.

"Finally, our Alliance is off on the right foot as countries do their parts to advance this mission," the top American diplomat said.

During the launch meeting, according to a senior State Department official, participating countries are to discuss kind of areas that they are going to work and focus on.

"The areas will include things like technology and religious oppression, blasphemy and apostasy laws, for instance. Toolbox will include things like, whether it's putting out statements, actions that can take place in international bodies that the group can come together and hopefully come behind, the possibilities of sanctions being used," said the official.

The official, who spoke on condition of anonymity, said that it is a consensual body. Every nation is not bound to join in each of the items that come forth.