Did Chinese biological warfare program agents smuggle the virus into the country? 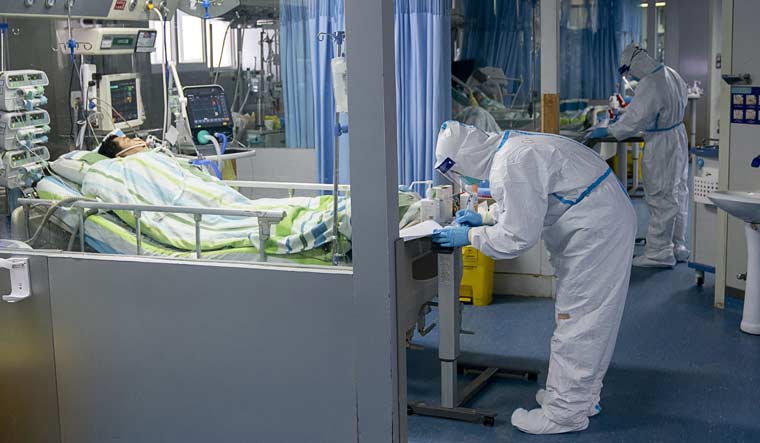 China's coronavirus outbreak dubbed as Wuhan virus has already seen the death toll cross 100 with thousands said to have been infected in the region. While measures are being taken to contain the virus and find a cure, there is growing reports that the virus may not have originated from the seafood market as claimed by China, but from a laboratory not far from the reported ground zero.

The Wuhan Institute of Virology National Biosafety Laboratory which is a Level 4 certified lab that is capable of conducting research activities involving Ebola, Nipah and other deadly viruses. The Wuhan National Biosafety Laboratory is located only 32 kms away from the Hunan Seafood market which has been named as the epicentre of the virus outbreak. The Chinese government has remained silent even as the number of reports questioning the virus' origin has increased.

According to investigations done by online portal GreatGameIndia the origin of the virus can be traced to Canada and two Chinese biological warfare program agents who smuggled it into China. The report goes as follows:

On June 13, 2012 a 60-year-old Saudi man was admitted to a private hospital in Jeddah, Saudi Arabia, with a 7-day history of fever, cough, expectoration, and shortness of breath. He had no history of cardiopulmonary or renal disease, was receiving no long-term medications, and did not smoke. Egyptian virologist Dr. Ali Mohamed Zaki isolated and identified a previously unknown coronavirus from his lungs. After routine diagnostics failed to identify the causative agent, Zaki contacted Ron Fouchier, a leading virologist at the Erasmus Medical Center (EMC) in Rotterdam, the Netherlands, for advice.

Fouchier sequenced the virus from a sample sent by Zaki. Fouchier used a broad-spectrum 'pan-coronavirus” real-time polymerase chain reaction (RT-PCR) method to test for distinguishing features of a number of known coronaviruses known to infect humans. This coronavirus sample was acquired by Scientific Director Dr. Frank Plummer of Canada’s National Microbiology Laboratory (NML) in Winnipeg directly from Fouchier, who received it from Zaki. This virus was reportedly stolen from the Canadian lab by Chinese agents.

In March 2019, in mysterious event a shipment of exceptionally virulent viruses from Canada’s NML ended up in China. The event caused a major scandal with Bio-warfare experts questioning why Canada was sending lethal viruses to China. Scientists from NML said the highly lethal viruses were a potential bio-weapon. Following investigation, the incident was traced to Chinese agents working at NML. Four months later in July 2019, a group of Chinese virologists were forcibly dispatched from the Canadian National Microbiology Laboratory (NML). The NML is Canada’s only level-4 facility and one of only a few in North America equipped to handle the world’s deadliest diseases, including Ebola, SARS, Coronavirus, etc.

While there is no proof that the virus outbreak was intentional, James Giordano, a neurology professor at Georgetown University and senior fellow in Biowarfare at the US Special Operations Command said that China's growing investment in bio-science, looser ethics around gene-editing raise the spectre of such pathogens being weaponised. It could also mean that such an offensive agent could benefit China which might have the only treatment or vaccine.

While the number of conspiracy theories have been on the rise, silence from the Chinese government regarding these theories is adding fuel to speculations. With many countries issuing travel adversaries to its citizens against traveling to China, the coronavirus outbreak has certainly hit the Chinese tourism industry during their biggest travel period.