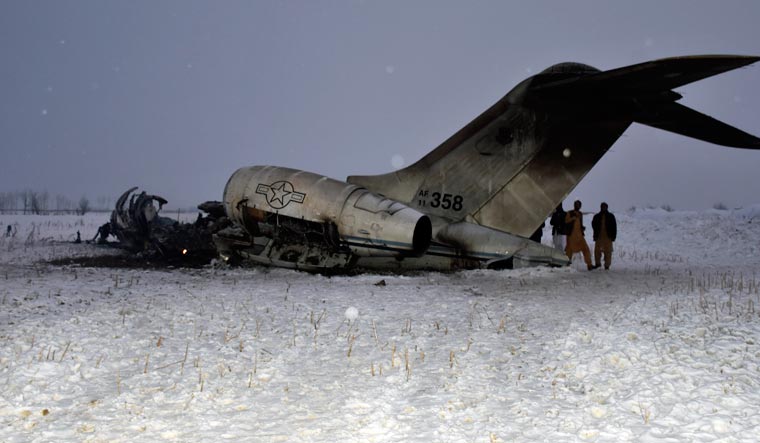 While the identities of those who were onboard the United States Air Force E-11A electronic surveillance aircraft that crashed in a Taliban-controlled province of Afghanistan, Russian sources now say that a key CIA official was among those killed.

According to Middle East Monitor, Russian intelligence sources claim that the head of CIA operations in Iran, Michael D’Andrea, was among those who were killed in the downing of the plane in Ghazni.

D’Andrea’s leadership led to the CIA being perceived as having a more “aggressive stance toward Iran”. He is said to have orchestrated the operation that killed Al-Quds commander Qassem Soleimani, as well as the one that killed Osama Bin laden.

D’Andrea is credited with pioneering “signature drone strikes”—a mode of drone strikes that rely on individual behaviour over identity. This controversial tactic allows drones to conduct killings based on suspicious behavioural traits, a policy that has killed thousands of suspected militants but that has been criticised by human rights agencies.

His nicknames include 'Ayatollah Mike' and the 'Dark Prince'.

Iranian state TV has also broadcast reports that D’Andrea was among the dead, using an image of the actor who played a character based on him in the film Zero Dark Thirty.

Meanwhile, a US defence official says the United States has recovered the remains of two American service members killed in the crash.

They were the only two people aboard the Air Force E-11A electronic surveillance aircraft when it went down on Monday in Ghazni province, the official said, speaking Tuesday on the condition of anonymity ahead of an official announcement of the recovery.

The identities of the two have not been publicly announced, pending notification of their relatives.

The official said the American recovery team met no Taliban resistance in reaching the crash site and said there is no indication that the plane was downed by hostile action.