The communist government has recently embraced the social media platform 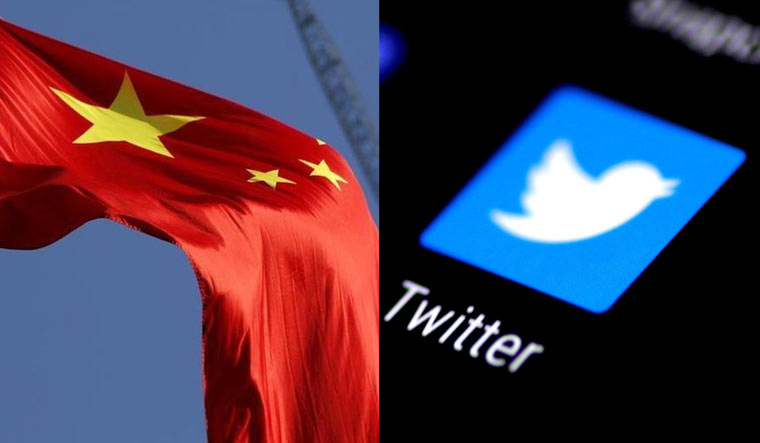 Chinese diplomacy has found a new voice on Twitter -- and it's not entirely diplomatic.

The communist government has recently embraced the social media platform -- despite blocking it within China -- deploying its foreign ministry and a growing army of diplomats to tout or defend its policies to a global audience.

They are among more than a dozen Chinese ambassadors and consuls general around the world who have opened Twitter accounts in recent months, often adopting a style far removed from traditions of diplomatic reserve.

Now the government itself has joined the fray, with the foreign ministry writing its first tweet last month, peppering posts with sarcastic "LOLs", exclamation marks and hashtags to extol Beijing's world view or lambaste critics.

The informal and sometimes confrontational tone is a far cry from the usually sedate official statements the government is known for -- and the approach has led to occasional public gaffes.

Senior ministry official Zhao Lijian last year had an online spat with Susan Rice, the former US ambassador to the United Nations, who called him "a racist disgrace" after he tweeted claims of racial discrimination in Washington.

The social media push comes as China is under increasing international pressure over its mass detention of Muslim minorities in the far-western region of Xinjiang and pro-democracy protests in Hong Kong, while a trade war with the United States rages on.

Chinese officials and media have long struggled to convincingly spread their message to a global audience, said Yuan Zeng, a media lecturer at the University of Leeds in Britain.

There is a "pressing demand for a more efficient way to let out China's voice", Zeng told AFP.

The foreign ministry's Twitter presence has drawn comparisons to US president and prolific tweeter Donald Trump, who uses the platform to attack his opponents and aggressively praise his own policies.

Beijing sees "how popular Trump is on social media, and how often Western media quote his tweets", said Wenfang Tang, a professor at the Hong Kong University of Science and Technology.

"So in that sense it's the Trump effect." Chinese officials previously kept a low profile on social media, leaving the talking to state-run media outlets.

But the country's growing political and economic clout has emboldened diplomats to speak with an increasingly assertive and nationalistic voice both on the internet and offline, said Ardi Bouwers, a media specialist at consulting firm China Circle.

That behaviour also allows them to prove their loyalty to President Xi Jinping, who himself "uses patriotic language, talking about self-reliance, the great rejuvenation of the Chinese nation, (and) crushing attempts to divide China", Bouwers said.

In a statement, the ministry told AFP that it has opened accounts on Twitter "in order to better communicate with other countries and better explain China's situation and policies".

At its daily briefing on Monday spokesman Geng Shuang was asked whether the use of Twitter is fair given the platform is blocked inside the country.

"We have the world's largest population of internet users. At the same time, we have always managed the internet in accordance with laws and regulations," Geng replied.

He said "the Chinese internet is open".

Overseas, the response to China's social media campaign has been mixed.

Beijing's ambassador to Nepal, Hou Yanqi, has built an online fanbase with stylish and carefully framed photographs of herself, shot against the backdrop of traditional Nepalese architecture.

Her photos have been "liked" thousands of times and received largely positive replies from local Twitter users.

But replies to the foreign ministry's tweets are rife with scorn and derision, often accompanied by news reports documenting China's repressive policies and satirical cartoons critical of Beijing.

"All this effort is taken by part of Twitter's users as mere propaganda," Alessandra Cappelletti, a professor of international relations at Xi'an Jiaotong-Liverpool University, told AFP.

It remains to be seen "how convincing Chinese information specialists will be in branding their country to educated foreign audiences", she added.