Canberra's air quality is now the worst in the world 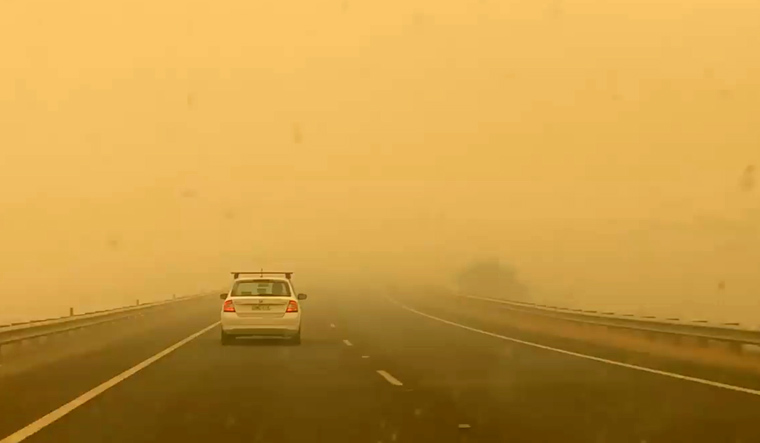 As raging bushfires across Australia triggered air pollution in the Australian capital city of Canberra at levels worse than in Delhi or Mumbai, an elderly woman has reportedly died after disembarking a plane there, on account of a respiratory-related ailment.

According to The New Daily, the woman was on a Qantas plane travelling from Brisbane. She was alive when she left the plane, but her relatives say she went into respiratory distress after disembarking.

Emergency personnel were called to assist her, but she perished at around 4.15pm.

According to news.com.au, Qantas has denied that any passengers were sick on board their flights.

The smoke hovering over Canberra has affected everything: Postal services in and out of the city have been cancelled, and the Canberra Hospital reportedly is unable to use its MRI machines until the smokes wanes.

Australia ordered the forced evacuation of thousands of residents of fire-affected coastal communities on Thursday, as the coming weekend promises another heat-wave and potentially greater fires.

The region of New South Wales has declared a seven-day state of emergency allowing for forced evacuations from the country’s most populated region. Mass evacuations are also taking place in Victoria.

By Thursday morning, the fires had already led to the deaths of 18, as the country reels from what is believed to be its deadliest bushfire yet.

Forest and fire expert Dr Tom Fairman posted a Twitter thread on how these bush fires were more expansive than those seen in earlier decades.

I've been thinking a bit about the East Gippsland fires and how they compare to fire extent over the last 70 years. So I mapped them. Thread!

Nearly six million hectares of land have burned down since November 2019, with over half a billion plants and animals dead as a result, according to ecologists from the University of Sydney. This number includes the deaths of 8,000 koala whose main habitat was the South Wales region.