US shares India's concerns on China's One Belt One Road project: Wells 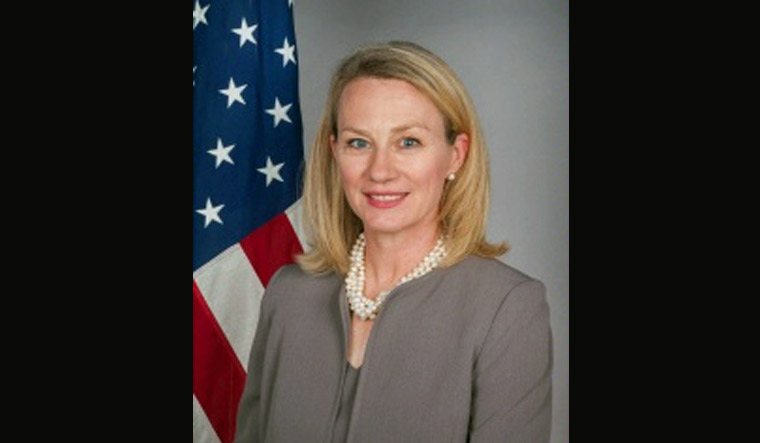 The US has extended its support to India's opposition to China's ambitious One Belt One Road (OBOR) initiative, saying it shares New Delhi's concern over the multi billion-dollar project while questioning the economic rationale behind it.

India is the only major country in the world to have opposed the OBOR project on the grounds of territorial sovereignty, given that its flagship project, the China-Pakistan Economic Corridor (CPEC), passes through Pakistan-occupied Kashmir, which India has always maintained is its territory.

The Belt and Road Initiative, a pet project of Chinese President Xi Jinping, focuses on improving connectivity and cooperation among Asian countries, Africa, China and Europe.

India has been crystal clear from the outset they saw the geopolitical elements of the One Belt One Road, Principal Deputy Assistant Secretary of State for South and Central Asia Alice Wells said in response to a question at Woodrow Wilson International Centre for Scholars think tank.

We share India's concerns over projects that don't have any economic basis and that leads to country ceding sovereignty, Wells said.

Sri Lanka is not the only country that effectively ceded sovereignty over a key asset, she added.

Struggling with debts, Sri Lanka formally handed over the southern sea port of Hambantota to China in 2017 on a 99-year lease.

Interestingly, Hambantota is the home town of the Rajapaksas.

Speaking on the construction of Gwadar port, Wells said, it feeds into Indian anxiety because the commercial basis of the project is not clear.

This has been a project very long in the making and not very evident to outsiders what's the economic rationale that drives it, she said in response to a question.

The OBOR was designed in part to be able to export excess labour, excess capital and excess production facilities, she said.

There are over 95 state-owned enterprises, a part of this belt and road initiative and that have been engaged in infrastructure projects overseas, Wells said.