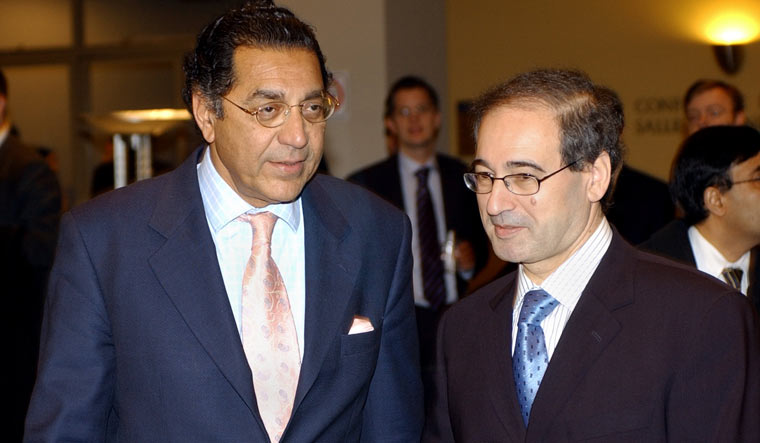 Observers of India-Pakistan relations in the late 1990s and 2000s are familiar with the name Munir Akram. As Pakistan's permanent representative to the United Nations in New York from 2002 to 2008, Akram was infamous for his shrill rhetoric against India during his time in New York and his previous posting to the UN in Geneva from 1995 to 2002.

Now, Indian media will get another dose of Akram's antics as the 74-year-old ex-diplomat has been reappointed Pakistan's permanent representative to the UN. In a surprise reshuffle announced on Monday, incumbent representative, Maleeha Lodhi, was removed and replaced with Akram.

"Ambassador Munir Akram has been appointed as the permanent representative of Pakistan to the United Nations in New York, in place of Dr Maleeha Lodhi," the Foreign Office said in a statement.

While the Pakistan Foreign Office did not give any details for the action, the reshuffle is bound to be linked to criticism of Prime Minister Imran Khan's unsuccessful attempts to highlight the Kashmir issue at the UN General Assembly last week. Imran's 50-minute address devoted much attention to Kashmir and the threat of nuclear war while his Indian counterpart Narendra Modi spoke of peace.

Akram is a veteran diplomat, who joined Pakistan's Foreign Service in 1967. He has served Pakistani diplomatic missions in Brussels and Tokyo.

In 1998, during his tenure as permanent UN representative in Geneva, Akram claimed India was planning an attack on Pakistan's nuclear installations to “prevent the country from taking appropriate decisions in its supreme national interest to respond to Indian actions.” Akram warned of “swift and massive retaliation with unforeseen consequences”. Akram's statement came shortly before Pakistan tested it's own nuclear weapons in late May that year, two weeks after India detonated five such weapons.

In May 2002, after India-Pakistan tensions spiked following the massacre of families of Indian Army personnel at a military camp in Kaluchak, Akram warned of nuclear war. Speaking as Pakistan's ambassador to the UN, Akram declared, “India should not have the licence to kill with conventional weapons while Pakistan's hands are tied regarding other means to defend itself,” and reiterated Islamabad had to rely on nuclear weapons.

In September 2003 after the end of the UN General Assembly session, Akram had accused the then ruling BJP of ignoring peace overtures from Pakistan. Akram had referred to the Gujarat riots of 2002 as a "genocide" and even brought up Bal Thackeray, whom he described as the "leader of the fascist Shiv Sena".

Akram had courted controversy in December 2002, when his then girlfriend Marijana Mihic called police to their apartment in New York and claimed her head had been bashed against the wall and arm hurt by Akram. Akram was not prosecuted as he had diplomatic immunity. Mihic was reportedly 22 years younger than Akram. The incident triggered widespread outrage with the New York Post referring to Akram as the 'diplo basher'.