Finally, President Trump gets a wooden statue in Slovenia

Trump remains to be a polarizing figure in the country 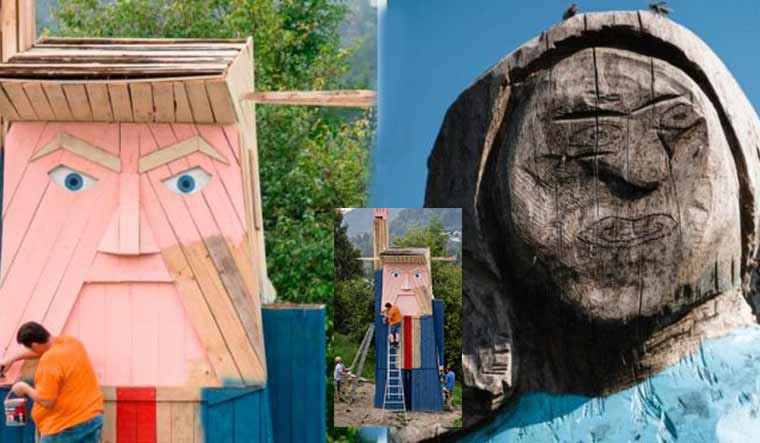 Just like First lady Melania Trump, US President Donald Trump also gets a wooden statue in Solvenia, his wife's country. Made to resemble the President, the statue stands 25 meters tall on private land in the village of Sela pri Kamniku, about 20 miles northeast of the capital, Ljubljana. The statue depicts Trump with a fierce look in his blue eyes and a clenched fist may not be to the President's liking. A blue suit and a bright red tie have been painted on it. The image may not be entirely flattering.

In a TV interview, the artist, who was helped in the construction by a group of local young people, said the statue was “a provocation because the world is full of populism”. Igor Omerza, a former member of the Slovenian parliament said it is a sign of Slovenia's "love-hate" relationship with Trump. “I don't believe the young people in this village who built this are in favour of him”.

While people might adore him as his wife has come to be known as Slovenia's best-known export, Trump remains to be a polarizing figure in the country.