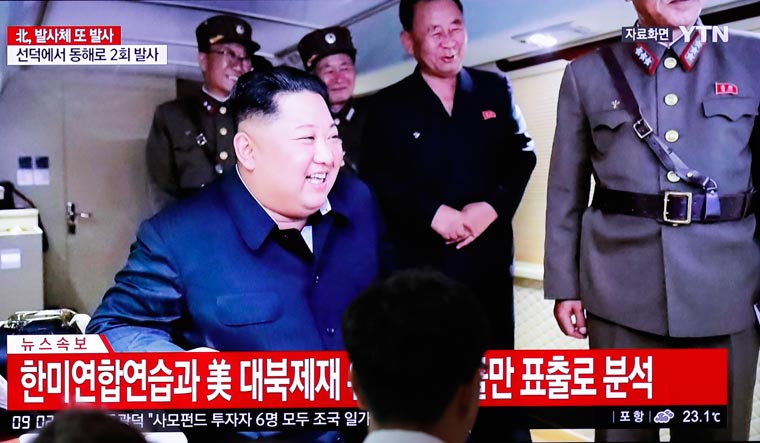 "Our military is tracking the movement in the North in case of additional launches," the Joint Chiefs of Staff in a statement.

Confirming the reports that ballistic missile were launched from North Korea on Saturday, Japan's coastguard warned shipping to stay to stay clear of any debris.

North Korea has carried out several short-range missile tests in the recent weeks in protest against US-South Korean drills, which it sees as an invasion rehearsal.

A second summit between North Korean leader Kim Jong Un and President Donald Trump in Hanoi in February had failed to reach an agreement over the extent of denuclearisation in the North and sanctions relief.

On his recent visit to South Korea, Stephen Biegun, the US special envoy for North Korea, said that the US was "prepared to engage" as soon as it hears from Pyongyang.