Bahrain may join the US, UK, Israel and possibly Poland in naval task force 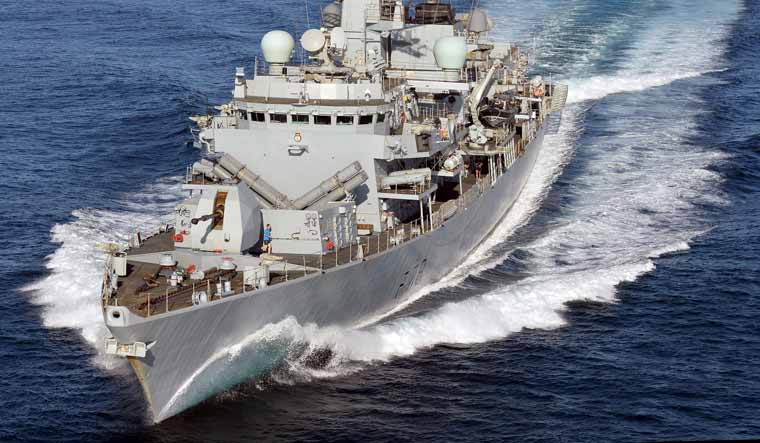 British destroyer HMS Kent, which is joining the US-led task force in the region | AFP

Bahrain’s King Hamad bin Isa Al-Khalifa has confirmed on Sunday that the country would participate in US-led efforts to protect shipping in the region.

In a statement, King Hamad said he appreciated the US role in supporting regional security and stability, while meeting with US Central Command (CENTCOM) chief General Kenneth McKenzie.

According to Bahrainian state-run news agency BNA, “HM the King confirmed the Kingdom of Bahrain’s participation in the joint effort to preserve the safety of international maritime navigation and secure international corridors for trade and energy in the region.”

While the extent of Bahrain’s stated participation is unknown, the statement makes the kingdom the first Arab nation to support the US-led taskforce to protect shipping in the Strait of Hormuz. The task force, at present, comprises the US, the UK and Israel — with Poland possibly joining in the future according to Reuters.

Bahrain had earlier announced plans to host a conference with the US and Poland in October on maritime security and air navigation security.

Both the US Naval Forces Central Command the US Fifth Fleet are based in Bahrain.

The UK had earlier confirmed that its Royal Navy warships HMS Duncan (later replaced by HMS Kent) and HMS Montrose would be participating in the maritime task force, while the US has also committed two warships as well as aerial surveillance.

The US has asked over 60 nations to take part in its task force. Germany and France have expressed reluctance to join, while nations like China, Australia and South Korea have said that they are "considering" it.

Iran has said that adding foreign naval fleets in the “narrow & crowded tinderbox” only “increases risk of combustion”.

The Straits of Hormuz see one-fifth of global oil supply pass through, with Iran proving a volatile presence in the region. Iran has seized three tankers in the region since July: the MT Riah, the Grace 1 and the Stena Impero.