What Guatemala could teach India about dynastic politics 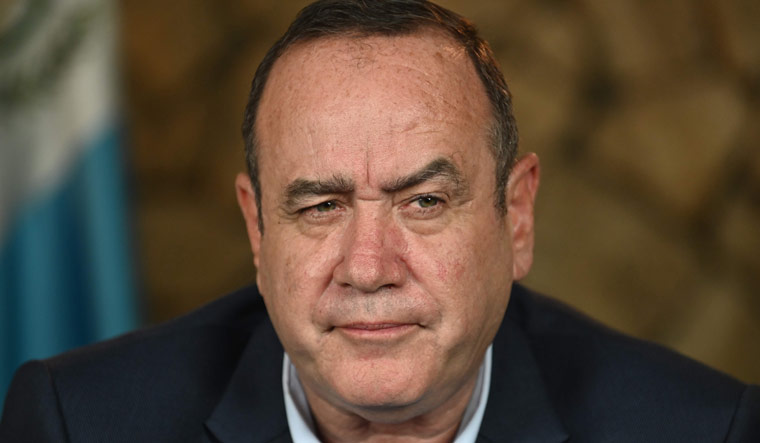 President-elect Alejandro Giammattei gestures during an interview with AFP in Guatemala City on August 12, 2019 | AFP

Alejandro Giammattei has been elected as the president of Guatemala in the second round of elections held on August 11.

Giammettei’s victory is seen more like a defeat of Sandra Torres, the perceived Hillary Clinton of Guatemala. Sandra won 42 per cent of the votes against the 58 per cent that went to Giammettei.

Sandra was the wife of Alvaro Colom when he was President in the period 2008-12. She manipulated and intervened in the administration to raise her profile and image. She was seen as the real power in the presidential palace. Colom was arrested on corruption charges in 2018. Hatred for Sandra made more people vote for her opponent.

When her husband was president, Sandra acted like Evita of Argentina. She became head of a charity organization and got plenty of government funds to distribute to poor people, as Evita did. Sandra wanted to be seen as the protector of the poor with her leftist agenda.

But there was a constitutional obstacle to Sandra’s dream to become President after her husband. The Guatemalan constitution prohibits immediate family members of the sitting president from contesting presidential elections. So what did Sandra do? She tried Magical Realism. She divorced her husband a few months before the election and proclaimed that she was “the first woman to divorce husband to marry the country”. She was already divorced before marrying Colom for whom she became the third wife.

But some judges in the constitutional court had the courage to reject her claim saying that her candidature was a violation of the spirit of the constitution even if she was technically correct. This reminds one of a Guatemalan joke: When a macho [man] was accused of ‘sleeping with many women”, he objected saying that he “slept only with his wife but was awake with other women”. 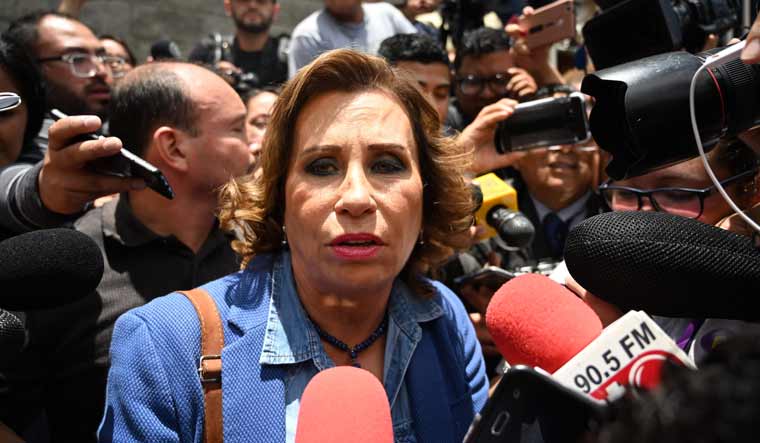 After the disqualification of her candidature in 2011, Sandra waited four years and contested against Jimmy Morales in 2015. She was beaten by the comedian Morales. She tried again in 2019 and got 25% votes as against 13% of Giammattei in the first round. But in the second round, she was defeated.

Giammattei, a conservative, had contested the presidential elections three times earlier. He is part of the traditional Guatemalan oligarchy and military elite.

The new president who will take over in January has the reputation of a strongman. He had faced charges of extrajudicial killings when he was the chief of prisons. He might now realise that it was easier to deal with the violent criminal gangs of Guatemala. In the future, he has to face a more cruel and crude external white nationalist gang leader in the US.

Trump had forced the current Guatemalan president Morales to sign an agreement to halt the Central American asylum seekers in Guatemala, pending processing of asylum claims. Morales wanted to please the Trump administration since he was facing corruption accusations and other domestic challenges. But Giammattei has expressed reservations about the capacity of Guatemala to take on the larger responsibility of giving asylum to seekers from other Central American countries.

Guatemala faces many fundamental challenges such as mass poverty, corruption, crime and violence. The country suffered more during the civil war and the crackdown on leftists by the right-wing military dictatorship in the 1980s, when hundreds of thousands of people were killed. Most of the poor are indigenous communities which form over fifty per cent of the total population of 17 million.

Guatemala was the first country in Latin America to be destabilized by US in the so-called war against Communism following the second world war. In 1954, the CIA orchestrated a coup against the democratically elected leftist president Jacobo Arbanz and installed a military dictatorship. While the coup was carried out in the name of the war on Communism, the real reason was to protect the United Fruit Company which owned hundreds of thousands of hectares of agricultural land.

The company was likely to lose some land to the land reforms initiated by Arbanz government. It had an absolute monopoly in banana plantation and trade and pursued exploitative labour policies with impunity. Its revenue was bigger than that of the government of Guatemala. John Foster Dulles, the CIA chief, had close business ties with the company. When the rightist military dictatorship was resisted by the leftist political movements, the regime unleashed a wave of terror, with the support and encouragement of the US. The civil war continued till 1996 in which over two hundred thousand people were killed.

In March 1999, President Clinton made a formal apology for the sufferings inflicted on the people of Guatemala by the US-backed military dictatorship. But those who got US weapons to fight communism took to gangsterism and criminality after the end of the civil war. To escape this US-supported violence and crime, Guatemalans started emigrating to the US, which has a moral responsibility to give asylum to the victims its past sins.

It was in Guatemala that Che Guevara got to see first hand the excesses of the empire and became an anti-imperial leftist guerrilla crusader. Thereafter he joined Fidel Castro and succeeded in liberating Cuba from another military dictatorship supported by the US.

Guatemala is the largest country and market in Central America. It is famous for Coffee and Cardamom exports.

India’s exports to Guatemala have been increasing steadily reaching $305 million in 2018-19.

Small Guatemala has beaten big India to become the largest exporter of Cardamom. While India has been a cardamom exporter for several hundred years, Guatemala started production after the first world war when a German coffee planter brought the Indian seeds to Guatemala. The Guatemalans export almost all their cardamom production since the local consumption is insignificant, unlike India which consumes a major part of the production.

India, the land of many political dynasties, could learn from the young Guatemalan democracy. Article 186 of the Guatemalan constitution prohibits the President's relatives within four degrees of consanguinity and second-degree in-laws from contesting for Presidential post immediately after his or her term. Indian democracy would certainly become more inclusive and better if the constitution is amended to include this article.

The author is the former Indian Ambassador to Argentina, Uruguay, Paraguay and Venezuela.