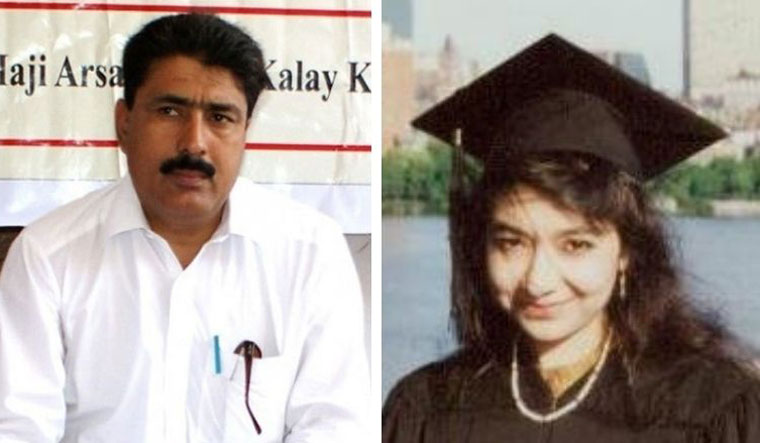 The topic of the release of Dr Shakil Afridi came up once again during an interview Pakistan Prime Minister Imran Khan gave to Fox News during his official visit to the US.

When Khan was asked if Pakistan will release Afridi, now that he is the prime minister, he said Afridi is considered to be a spy in his country and his release is an emotive issue there. Afridi, who helped the CIA track down Al-Qaeda chief Osama bin Laden in 2011, was arrested and sentenced to a 33 years in jail in Pakistan for treason.

“We felt that we are an ally of the US. If we had been given the information about Bin Laden, then we should have taken him out,” the prime minister was quoted as saying.

Further, Khan said Pakistan is willing to negotiate the release of Afridi if the US is willing to swap Dr Aafia Siddiqui, a Pakistani neuroscientist sentenced to 86 years in jail in 2010 after being accused of working for the Al-Qaeda.

During his presidential campaign, Donald Trump had said he will get Afridi freed within two minutes from Pakistan if he is elected to power. Ahead of the meeting of the two leaders, the lawyer and family of Afridi expressed hope that Trump and Khan would discuss his release.

After the CIA eliminated Osama bin Laden in a midnight operation code-named 'Operation Neptune Spear' on May 2, 2011, in Abbottabad, Pakistan, reports emerged how the CIA was aided by a doctor to confirm the location of the militant's hideout.

Afridi was the chief surgeon at Jamrud Hospital in Khyber tribal region of Pakistan. The CIA, which was hunting Bin Laden, recruited him with the help of one of their operatives, known to Afridi only as 'Peter' and the doctor was not aware who the target of the operation was. According to media reports, the US was planning to obtain blood samples of the people staying in the Abbottabad compound to determine if they were related to Bin Laden through DNA tests.

The doctor reportedly set up a bogus hepatitis B vaccination programme in the region and he had two female paramedical staff to help him with the project. One of them visited the compound with the intention of collecting the blood samples. However, according to a 2012 BBC News report, it is not clear if these tests were key to the US locating Bin Laden.

In 2012, the US admitted that Afridi worked for them.

In an interview with Fox News, the doctor had said he "didn't know about a specific target apart from the work I was given to do," and added that although he was aware that some terrorists were residing in that house, he had no idea he was associating with the killing of Bin Laden.

Days after the US operation, Afridi was arrested. Initially, he was accused of organising a fake vaccination campaign for the CIA to confirm presence of Bin Laden, but later awarded 33 years sentence on multiple charges of anti-state activities, including extending support to militant outfits. His sentence was later reduced to 23 years.

The issue of Afridi's release is reportedly one of the major obstacles to the improvement of ties between the US and Pakistan. The US state department has previously said Afridi has been unjustly imprisoned in Pakistan and Washington has clearly communicated its position to Islamabad in his case, both in public and in private.

During his election campaign, Khan had said if elected, he would make efforts to repatriate Aafia and other Pakistani prisoners serving jail term in foreign countries.

Aafia, a Pakistani neuroscientist, who was convicted in 2010 on charges of attempted murder and assault of a US personnel, is serving an 86-year sentence at the Federal Medical Centre, Carswell in Fort Worth, Texas. Aafia allegedly went missing for five years before she was found in Afghanistan. It is said she snatched a gun during interrogation in Ghazni and tried to shoot a US soldier. She has also been accused of working for the Al-Qaeda.