Iran Finance Minister at UN accuses US of 'economic terrorism'

Zarif, a US-educated official, is seen as a moderate face of the Iranian government 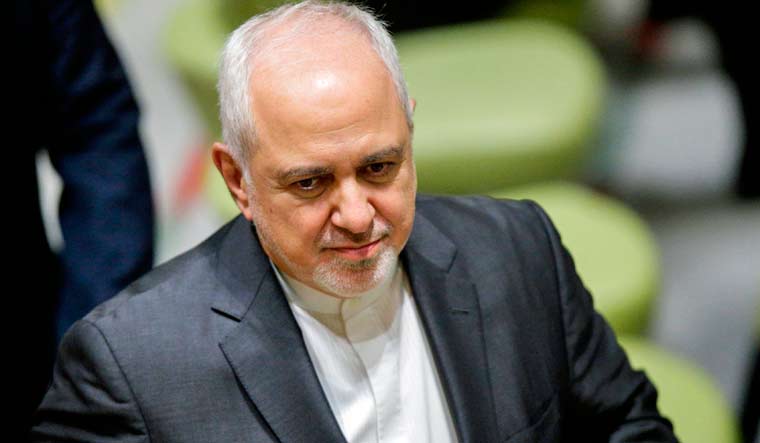 Iranian Foreign Minister Javad Zarif, has hit out at President Trump's foreign policy and called the trade sanctions as economical terrorism. Zarfi made the statement during a recent visit to the United States.

After months of soaring tensions, Foreign Minister Mohammad Javad Zarif visited the UN for a session on sustainable development, where he denounced unilateral sanctions imposed by President Donald Trump.

Iranians are "subjected to the most brutal form of 'economic terrorism' — deliberately targeting innocent civilians to achieve illegitimate political objectives," Zarif said from the rostrum on Wednesday.

The "unlawful, extraterritorial" sanctions "represent the greatest threat to the achievement of sustainable development goals of Iran and many of our neighbours," he said.

Trump, a staunch ally of Iran's rivals Saudi Arabia and Israel, last year withdrew from a multinational accord, under which Iran had scaled down its nuclear program. And he then imposed sweeping sanctions, including seeking to ban all Iranian oil exports in a bid to reduce the clerical regime's regional clout.

The deal which includes countries like UK, France Germany and many other European nations, looks like it is at the verge of a collapse. Senior Trump admin officers still want to renegotiate the deal to include harsher restrictions on Tehran's nuclear program and limit off its regional influence.

Zarif, speaking to reporters, said that the move was "certainly not a friendly action" and caused hardship for the families of mission workers.

Zarif, a US-educated official, is seen as a moderate face of the Iranian government and has in the past worked with Washington on issues like Afghanistan. Secretary of State Mike Pompeo said Wednesday that he believed that Iran's supreme leader, Ayatollah Ali Khamenei, was "calling all of the shots, 100 percent of them" on major strategic matters.

"Zarif comes around and talks about how he's the good guy. He has been the foreign minister while the Islamic Republic of Iran has taken every action we've seen and he is equally responsible for those activities," Pompeo said.

The United Nations too, voiced concern over the restrictions imposed on Zarif by the United States, which under an agreement is required to facilitate diplomats' attendance for UN business.