Ershad came to power in a bloodless coup, and changed Bangladesh forever 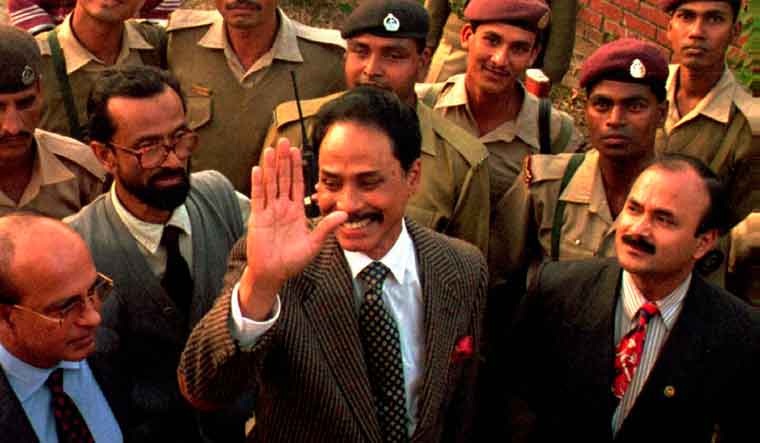 General Hussein Muhammad Ershad, who will be laid to rest on Tuesday at his village in Rangpur in North Bangladesh, served the country as its President for eight long years after leading a coup and taking over as the Chief Martial Law Administrator to unseat a legitimate but unstable government. Ershad breathed his last at a military hospital in Dhaka on Sunday.

He continued as the president of Bangladesh till 1991, when he was forced to relinquish his office because of domestic and international pressure. However, he was so popular that he kept winning elections continuously, even while being in jail. He was serving as the opposition leader at the time of his death.

History would never consider him a hero, though he played a crucial role in Bangladesh’s independence war despite being a member of the Pakistan army. He played an important role in infusing mutiny in the army, despite being abroad which had far-flung consequence back in Dhaka in 1970. As a result, he was kept a prisoner of war in Pakistan and was only released because of the Shimla agreement between former Indian prime minister Indira Gandhi and her Pakistan counterpart Zulfikar Ali Bhutto. Bangladesh’s first prime minister and father of the nation, Sheikh Mujibur Rahman brought him back to Bangladesh and made him Adjutant General of the Bangladesh army.

It is learned that Ershad created a parallel administration in Bangladesh army and was no less powerful than the chief of the armed force then. But, grudge within the army kept rising up that led to the assassination of Mujibur Rahman in 1975. Following this, chaotic situation prevailed in the army as well as the entire democracy.

There was an attempt to kill deputy army chief major general Ziaur Rahman as well. But it was Ershad who resisted it by eliminating those behind the plot. Ziaur Rahman was later appointed the army chief by interim president K.M. Ahmad. The new army chief rewarded Ershad with the post of vice chief of army.

Ziaur Rahman, husband of Khaleda Zia—the current opposition leader of Bangladesh and BNP chief, became president of Bangladesh in a coup in 1980. That made the path clear for Ershad who became chief of the Bangladesh army.

Contrary to what many thought, Ershad soon became what Pervez Musharraf was to Pakistan. He avoided any diktat from the government and started reforming the Bangladesh army. He sought funds for modernisation of the army from the government instead. Being a military chief, he wanted a close tie with the US, a sharp deviation from what Bangladesh had followed hitherto then. This led to a difference of opinion between him and president Rahman. Rahman was killed in 1982, and Khaleda Zia, even to date, believe that Ershad was behind the murder.

Ziaur Rahman's assassination led to suspension of democracy in Bangladesh, and Ershad ordered martial law and became chief of its administration. In 1983, he became the president of Bangladesh taking over the supreme power, similar to what Musharraf did.

His presidency saw the lowest ebb of the Indo-Bangladesh relationship and the rise of Islamic fanatics in Bangladesh. Ershad decided to scrap three elements of oath taken by Bangabandhu Rahman—secularism, no relationship with Pakistan and to become a part of non-aligned movement (NAM). It was under his stewardship that Bangladesh became an Islamic nation, broke the barriers with Pakistan and despite being part of NAM, aligned with the US. Ershad traveled to the US and signed the declaration of assistance with President Ronald Reagan. It had both positives as well as negatives.

Ershad undertook a slew of reforms and created basic infrastructure, road and transport system. He also created a vibrant health care system and brought down the malnutrition in Bangladesh within a few years.

After the end of Reagan’s tenure, Ershad had to deal with the Bush administration and supported the Gulf War. As a result, he lost the support of Muslim clerics and radicals in Bangladesh. To appease them, he turned Bangaldesh into an Islamic nation. The Jamaat-e-Islami, which had supported him through thick and thin, joined the BNP and Awami League to oust him from power. All of them blamed corruption and dictatorship as reasons for his ouster.

Finally, Ershad had to relent and was ousted from power in 1991, through elections. His popularity, however, remained intact and the Jatiya Party won 35 seats even when he was in jail.

Unfortunately, after his exit, Bangladesh saw a decade of Islamic radicalism with Pakistan-based terror outfits growing its tentacles. ISI became active and many thought that Bangladesh was becoming what Afghanistan was going to become.

Economic growth, which was at its highest peak during Ershad’s rule, plummeted. It was only contained and checked when Bangabandhu’s daughter Sheikh Hasina came to power in 2009.

Born in West Bengal’s Cooch Behar district, Ershad’s family shifted to Bangladesh’s Rangpur after partition. His primary education and secondary education were all in West Bengal. He never lost touch with his family in Cooch Behar’s Dinhata and was known by the nickname of 'peyara' (guava).

In Bangladesh, he was unpopular as a playboy with a number of girlfriends, despite being married only two times. His last wife, Bidisha Siddiqui, who is much younger to Ershad, tweeted after his death, “Perhaps in a different world, in different life we will meet where there will be no politics”. Bidisha Siddiqui is the daughter of a renowned Bangladeshi poet, and her marriage to Ershad did not last long.

Ershad’s death was reported widely by Bangladesh media, which once accused him of throttling freedom of speech and expression. He curbed the rights of journalists and media houses. The state-owned BTV had showed live telecast of his mother’s funeral when he was the president. But, today Ershad received a fair analysis from the media—a bit of credit and a larger share of criticism, as well.