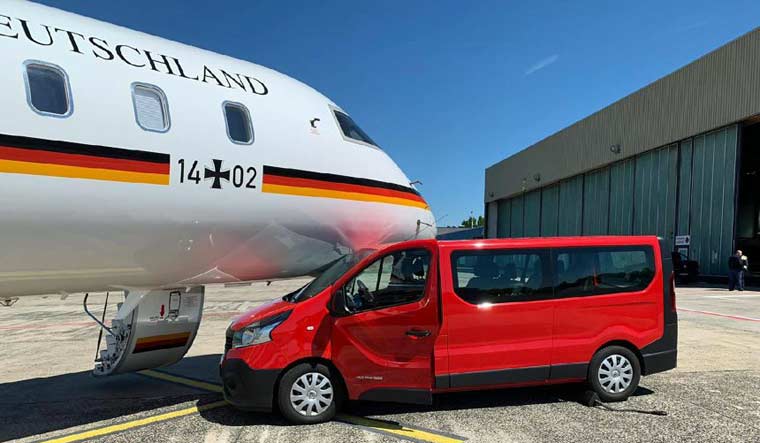 An excited fan of German Chancellor Angela Merkel grounded a government plane. She jumped out of her van to take an image of the plane, but forgot to put the parking brake on. The plane that was about to take off from Dortmund airport had to be grounded as the van rolled slowly towards the nose of the jet.

Germany's Spiegel Online posted a picture Tuesday of the low-speed collision with the Global 5000 jet and reported that the van driver was an employee of the airport.

A tweet by The German air force confirmed that Merkel returned to Berlin by helicopter after her plane was damaged by a vehicle, but didn't provide further details.

Post a string of highly publicized breakdowns of the ageing government fleet causing delays for Merkel, this incident is a headache the air force doesn't need.