Immigrants using or working with marijuana 'unfit' for citizenship: US 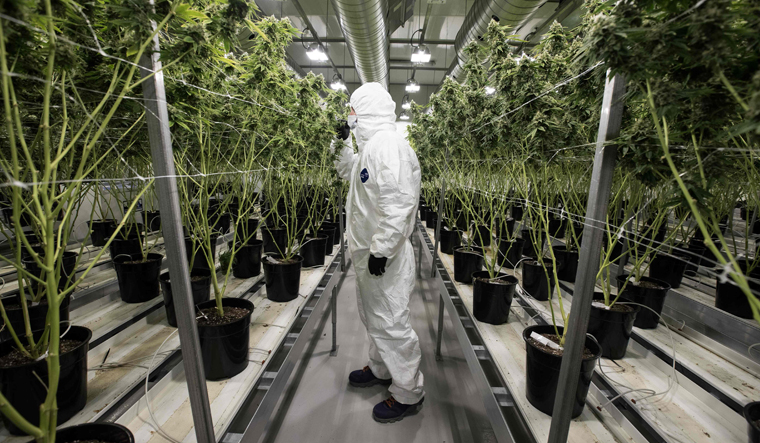 (File) An employee with medicinal marijuana plants in the flowering room at Tweed INC. in Smith Falls, Ontario | AFP

According to the United States Citizenship and Immigration Services (USCIS), immigrants working in marijuana-related industries may be considered unfit for citizenship on account of lacking “good moral character”.

The change in policy comes via a policy alert issued on the USCIS website on Saturday. The document clarifies that “violation of federal controlled substance law, including for marijuana, remains a conditional bar to establishing good moral character (GMC) for naturalization even where that conduct would not be an offense under state law.”

According to the memo, immigrants using or working with marijuana will be considered unfit for naturalization and citizenship, even if they did so in states that have legalized their activity. This is because marijuana, though legalized for medicinal use in 29 states and for recreational use in nine, is still a federally-controlled substance.

In a moment of irony, the memo was released a day before April 20, informally celebrated by many as “4/20 day” — an international counter-culture holiday featuring recreational use of marijuana and its derivatives either in protest or in celebration.

The growing cannabis industry in the United States was valued as $10.4 billion in 2018,a employing 250,000, according to firm New Frontier Data. The news comes as cannabis-industry stocks made record gains

The policy has been in place for a while. In early April, ABC News reported that naturalization applicants who worked in legal marijuana dispensaries were denied citizenship on the grounds of not establishing Good Moral Character (GMC).

A January 2018 Practice Advisory by the Immigrant Legal Resources Centre had issued several guidelines regarding marijuana use among immigrants in the US. These included “staying away from marijuana unless you are a US citizen,” avoiding carrying marijuana, medical marijuana cards, marijuana stickers, t-shirts or any text or photos related to marijuana either on one’s person or on one’s phone and social media, getting a legal consult if one wants to either work with the marijuana industry or obtain medical marijuana, and never discussing marijuana-related conduct with immigration, law enforce, border or consular authorities unless legally advised to do so.