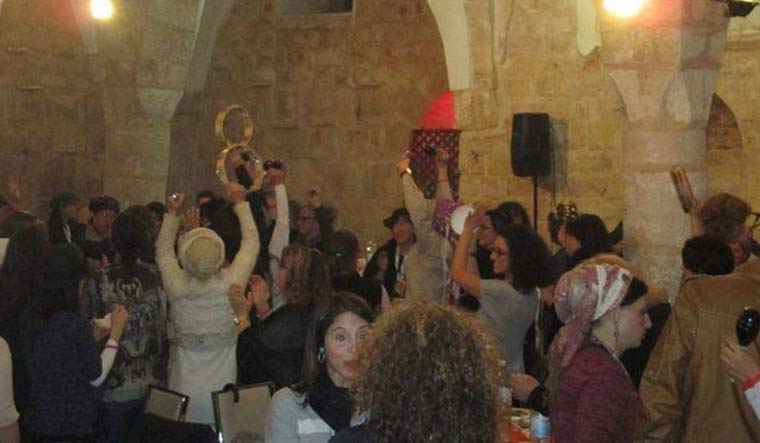 In a controversial move that could draw the wrath of Arab countries, a centuries-old mosque in Israel has been converted into a bar and events hall, say reports. The 13th century Al Ahmar (Red) Mosque in Safad, northern Israel, was converted into a nightclub by a company linked to the municipality of Safad.

The move comes even as a Nazareth court has yet to pronounce its verdict on a lawsuit filed by  Khair Tabari, the secretary of a Palestinian Islamic endowment agency, requesting the handover of the mosque to the Islamic endowments.

"I felt dizzy when I noticed the vandalism inside the mosque, as can be seen by the remains of Qu'ranic verses which were removed from the pulpit and replaced by the Ten Commandments in Hebrew," Tabari told London-based al-Quds al-Arabi newspaper.

“Al Ahmar Mosque derives its name from its red stones. Today, it is used in several ways except as a prayer place for Muslims,” the report quotes Mustafa Abbas, a historian and a native of Safad, as saying.

Abbas says the other historical mosques in Safad have similar stories and claims that the Greek mosque, built in 1319, was transformed into an art gallery in which praying is forbidden.

The Gulf News claims that the Al Ahmar mosque has experienced a series of desecrations since the creation of Israel in 1948. The mosque was first turned into a Jewish seminary and then to an election campaign office of the Israeli Kadima Party before becoming a clothing shop.

According to the Middle East Monitor, Safad was once home to 12,000 Palestinians who were forced out of their homes in 1948.