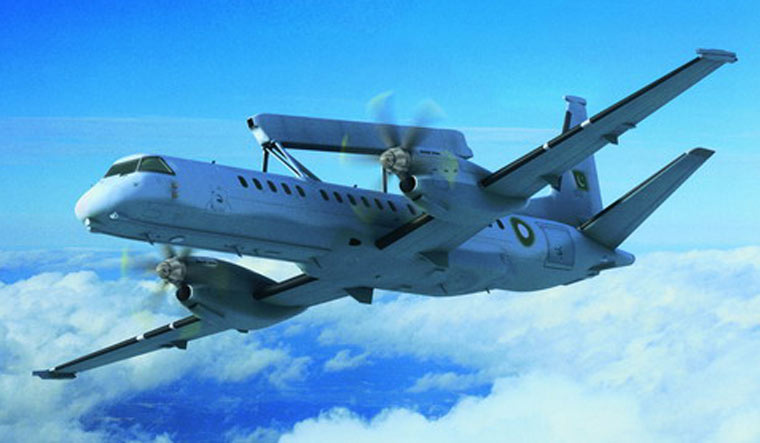 One of the key aircraft employed by the Pakistan Air Force in the aftermath of India's air strike at Balakot was the Erieye airborne early warning and control (AEW&C) system, supplied by Sweden's Saab.

Pakistan signed its first contract for the Erieye system in 2005, ordering four aircraft. In August 2012, one Erieye aircraft was destroyed and two were damaged when militants of the Tehreek-e-Taliban Pakistan attacked the Minhas Airbase in Kamra, where the platforms were based. Pakistan was reportedly able to repair the two damaged Erieye platforms.

According to Saab, the Erieye is capable of roles such as air and sea surveillance, intelligence gathering and command and control functions. The active electronically scanned array (AESA) radar system of the Erieye can detect targets up to 450km away. The Erieye is considered an export success, with Saab describing it as “one of the most widely used AEW&C systems in the world”. Sweden, Greece, Brazil, Mexico, Pakistan, Thailand and the United Arab Emirates have been identified as Erieye users.