Pakistan develops version of trainer aircraft that can fire missiles 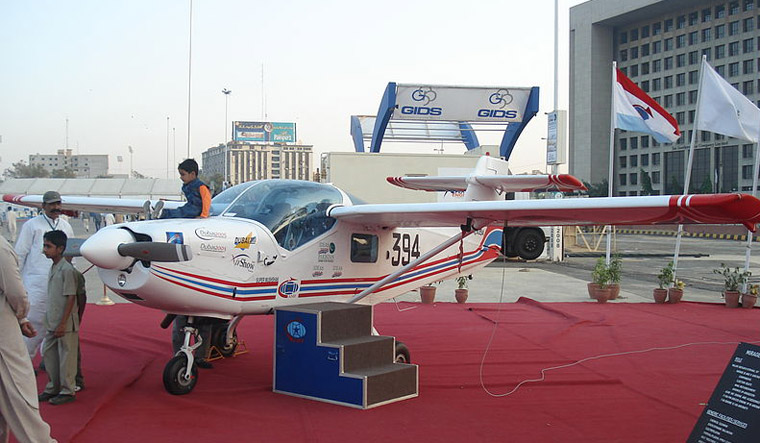 Pakistani media outlets have reported that the country's main aeronautical manufacturing agency has developed a version of a basic flight trainer than can fire anti-tank missiles.

The Super Mushak is a light turboprop aircraft used for initial flight training of pilots. The Pakistan Aeronautical Complex (PAC) in Kamra has reportedly built over 300 Super Mushak aircraft for the country's military and for export over the past two decades. The Super Mushak is based on a design exported by Sweden's Saab and uses a US-supplied engine.

The reputed British defence journal Jane's had reported in May 2017 that Pakistan was planning to add weapons and advanced electro-optical sensors from a Canadian company to the Super Mushak to use it in a “counter-insurgency” role.

The 'weaponised' Super Mushak follows a trend seen across the world as many countries have begun adding weapons to smaller training aircraft to fight against poorly armed terrorists. While slower and carrying a smaller payload than fighter aircraft, systems like the Super Mushak offer greater endurance and lower operating costs compared with jets like the F-16 or JF-17.