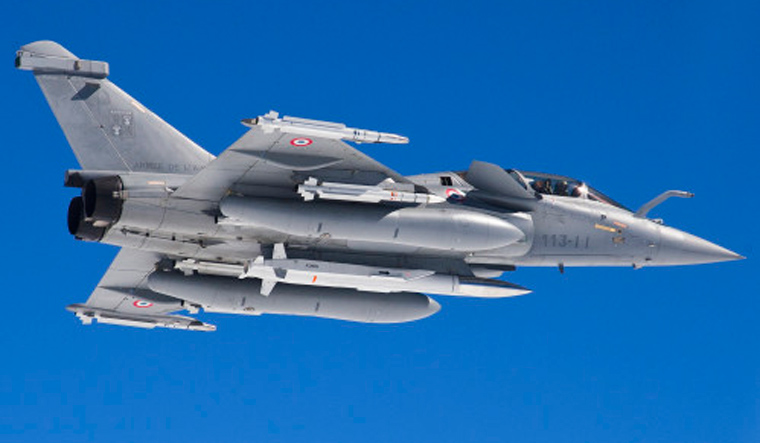 The French Air Force announced on Tuesday that it had conducted the test launch of a nuclear-capable missile from a Rafale fighter.

"These real strikes are scheduled in the life of the weapon's system," French Air Force spokesman Colonel Cyrille Duvivier said. "They are carried out at fairly regular intervals, but remain rare because the real missile, without its warhead, is fired."

The French Air Force declined to say when the test was carried out, but the simulation comes days after the US and Russia ended their adherence to the Intermediate-range Nuclear Forces Treaty, which prohibited both sides from deploying missiles with ranges in between 500km and 5,500km. Speaking at a conference in Portugal on Tuesday, French Defence Minister Florence Parly said, “We Europeans cannot remain spectators of our own security.”

France spends approximately $4 billion annually to maintain its arsenal of around 300 nuclear weapons, deployed via submarine-launched ballistic missiles and aircraft-launch missiles. The ASMPA is a supersonic missile with range in excess of 300km. The ASMPA gives aircraft like the Rafale 'standoff' capability in the nuclear strike role, allowing them to stay clear of enemy air defences unlike conventional bombs, which require aircraft to approach their targets closely.

Interestingly, some media reports about the Narendra Modi government's deal to buy 36 Rafale fighters claim the aircraft were being purchased for the nuclear strike role in the Indian Air Force.