How Kamala Harris acquired the title of 'female Barack Obama' 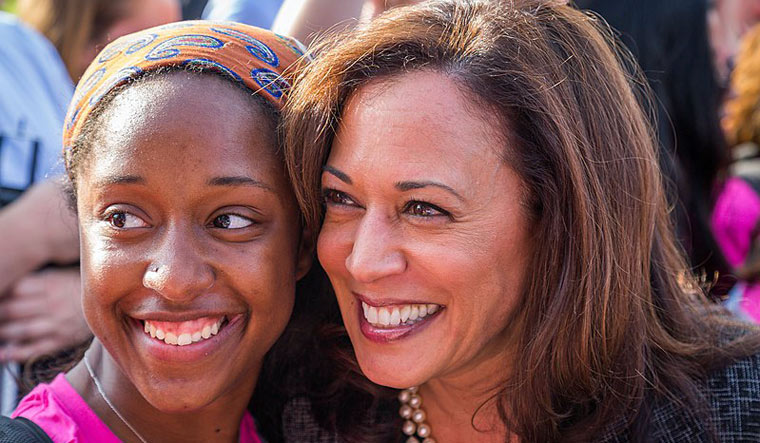 Kamala Harris announcing her candidature for president has evoked considerable excitement. The Indian-American community has reasons to rejoice with Kamala's announcement. But, Kamala often identifies herself as 'black' owing to her Jamaican roots. The daughter of an Indian mother and Jamaican father, Kamala, has steadily moved up in ranks since her time at the San Francisco District Attorney's office in the 1990s. She became San Francisco's District Attorney in 2004. Then she was elected as California Attorney General in 2010 and was re-elected to the post in 2014.

Kamala has supported the cause of Dreamers and been for gun control. “My entire career has been focused on keeping people safe,” Kamala said. She has also been in support of legalising recreational marijuana and for single-payer health care, which will be funded by taxes and employer premiums. In November 2016, Kamala, a Democrat, ran for the Senate and beat Loretta Sanchez to become the third female from California and the first of either Indian or Jamaican descent to become a Senator. For her similarities in approaching issues and being a law graduate, Kamala has been dubbed 'female Obama'. Late journalist Gwen Ifill called Kamala “the female Barack Obama” on the Late Show With David Letterman. Tony Pinto, a small businessman from Willoughby, referred to Kamala as “a young, female version of the president (Obama).”

Kamala graduated from Howard College and studied law from Hastings Law College, University of California. Her sister, Maya Harris, has worked as a lead policy advisor for Hillary Clinton's campaign. Maya will now be part of her sister's campaign trail. Kamala was born to  Tamilian mother Shyamala Gopalan, a breast cancer scientist and Donald Harris, an economics professor at Stanford University. Her parents divorced when she was seven, post which her mother with Maya and Kamala moved to Montreal, Québec, Canada. Kamala was close to her maternal grandfather who lived in Chennai and would visit him and their extended family on holidays.

When Kamala took over as District Attorney of San Francisco, the overall rate of conviction for felony rose from 52 per cent in 2003 to 67 per cent in 2006. Kamala has always been against hate crimes, especially to those against the LGBTQ community. Kamala and her mother have maintained a conscious distance from the Indian-American community. It is only in recent months that she has been attending events by the community.