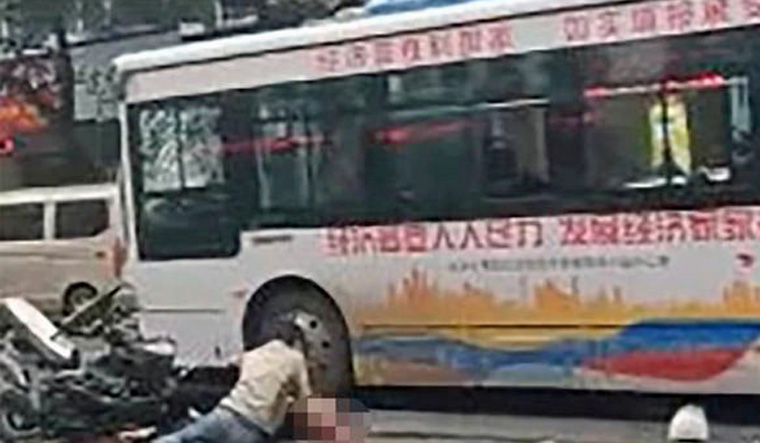 The bus in China that was hijacked and crashed into pedestrians

An attacker with a knife hijacked a bus in south-eastern Fujian province of China.

At least five persons, including a policeman, were killed and 21 others injured after the bus crashed into pedestrians. The hijacker took control of the bus at around 3.20 pm local time. Nothing of the motive or identity of the hijacker is known.

A suspect, who had a knife, has been detained and an investigation is underway.

A video clip on a news website showed a half dozen police officers wrestling the attacker to the ground in the middle of a street as traffic flowed past.

Pictures on Chinese social media showed a chaotic scene on the street, with crushed motorbikes and injured people on the ground.