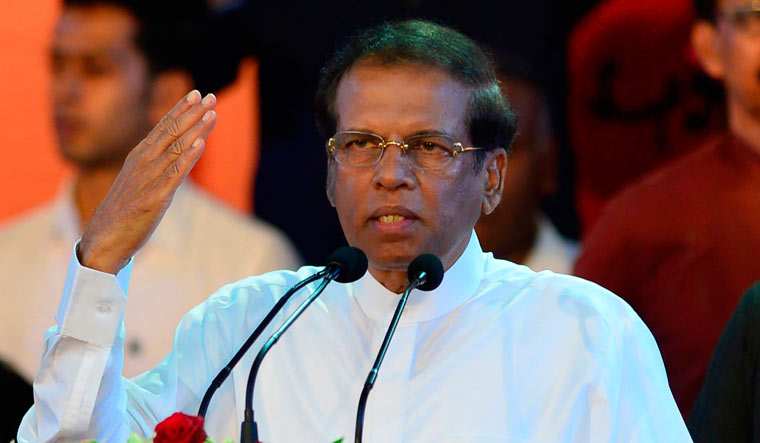 A day after the all-party meeting called by President Maithiripala Sirisena failed to make any breakthrough, the Sri Lanka parliament is all set to meet again today. The parliament is likely to witness new set of actions as it meets at 1.30pm.

Sirisena has said that he will not accept the results of Friday's no confidence motion (NCM) in parliament as the standard procedure had not been followed. MP Lakshman Yapa Abeywardane informed the media that this had been conveyed to Speaker Karu Jayasuriya as well.

In fact, the second vote of confidence motion was passed in concurrence with the president's request to remove the first clause that inducted him. "We did what we were asked to do. We removed the clause against the President as he wanted us to," tells Vijitha Herath, one of the JVP MPs who brought the trust motion.

The president has called for a third vote of confidence with the demand that it has to happen either by electronic voting or calling of names.

Meanwhile, all the political party legislators are to meet in groups among themselves hours before the session to discuss their strategies.

Sources say this decision was taken as some of the legislators complained of interference from the foreign diplomats who were keenly observing the political crises. In fact, on Friday during the protest, one of Mahinda Rajapaksa's supporters was seen protesting the presence of the foreign diplomats in the parliament.