Rajapaksa loses vote of confidence, again, amid brawls in parliament 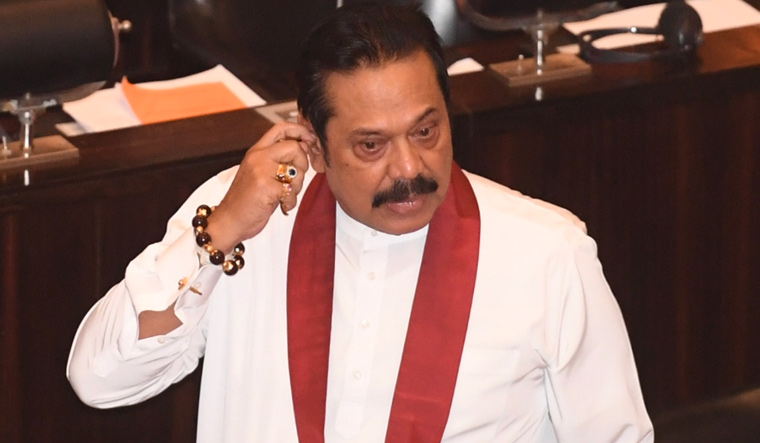 It was another day of brawling at the Sri Lankan parliament, reconvened on Friday. Mahinda Rajapaksa, who was controversially sworn-in as the prime minister of Sri Lanka, once again lost the vote of confidence in the parliament on Friday. A no-confidence motion—the second in last three days—was passed against Rajapaksa, amid chaos.

Similar to Thursday, chairs were broken and papers thrown inside the Sri Lankan parliament. State media, quoting the president's media division, reported that President Maithripala Sirisena will not prorogue parliament under "any circumstances".

Minutes before the parliament session began, MPs supporting Rajapaksa were seen raising their fists. They climbed near the speaker's chamber, sat on his chair and demanded that the MP from UNP who came with a knife to the parliament on Thursday be arrested.

The protest by Rajapaksa's MPs went on for around 40 minutes. As the speaker's chair was occupied by the MPs, a battalion of police came in with a chair, escorting Speaker Karu Jayasuriya. Soon, the furious MPs started throwing papers and books at the policemen. UPFA MPs were also seen assaulting police officers in the parliament. The chair brought by the policemen were broken into pieces. By then, the speaker, like on Wednesday, called for a voice vote.