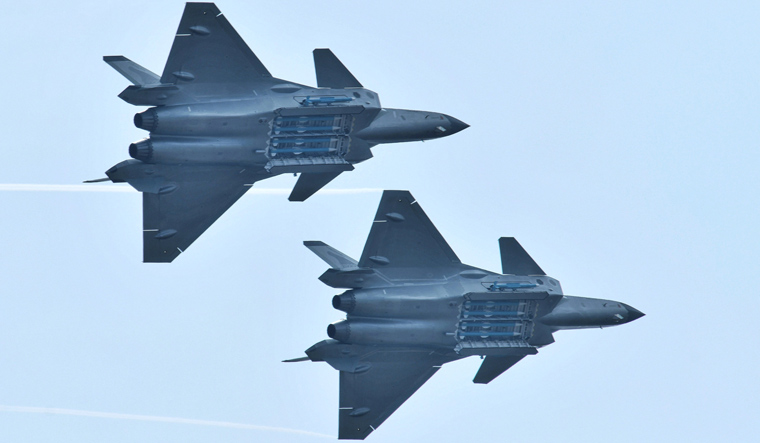 On the last day of the Zhuhai airshow, two J-20 fighters opened their under-fuselage weapon bays in flight to reveal four internally mounted missiles to onlookers. According to experts, the four internally mounted missiles are medium-range, radar-guided air-to-air missiles, while two smaller missiles mounted outside the weapon bays of the J-20 are infra-red-guided 'heat-seeking' missiles for aerial combat.

Internally-mounted weapons are a 'mandatory' aspect of stealth aircraft. Conventional aircraft like the SU-30MKI carry their weapons externally on the wings or fuselage, increasing the aircraft's radar signature and also worsening in-flight drag. Carrying weapons internally avoids both these issues and gives stealth aircraft like the J-20 and the US-built F-22 and F-35 an advantage in air-to-air and air-to-surface missions.

The public display of the J-20's missile capability is being perceived as another attempt by China to project confidence about its stealth fighter project. The J-20, which made its first flight in 2011, was rushed into service in 2017 amid the US military's deployment of the F-22 and F-35 stealth fighters to the Asia-Pacific. China is believed to have at least 20 J-20 stealth fighters in service. In February this year, the J-20 was spotted conducting exercises in Tibet.

While China has touted various achievements in the J-20 programme, it has also seen setbacks, particularly with respect to the lack of a reliable indigenous engine. Most production J-20s are believed to be still using Russian-built AL-31 engines.