Many US teens think gun control might curb mass shootings 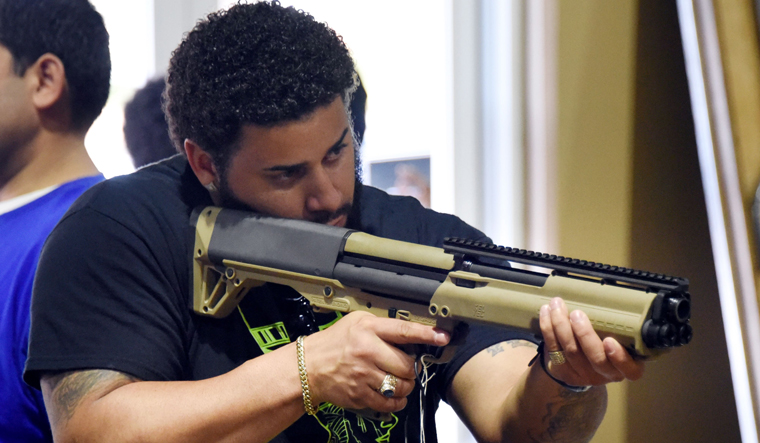 Researchers recruited young people on social media platforms like Facebook and Instagram, then surveyed 772 participants via text message to get their thoughts on gun control. Most participants were white, more than half were female, and most still lived with their parents.

“The majority of youth were for more gun control to keep guns away from those that might commit dangerous acts,” said study coauthor Dr. Tammy Chang, of the University of Michigan Medical School in Ann Arbor.

“Interestingly, the remainder of youth that were not supportive of gun control were not necessarily saying that they thought anyone should be able to buy a gun,” Chang said by email. “Rather, those youth were expressing their doubt that gun control alone would be enough to keep guns away from dangerous people, and might hinder good people from getting guns.”

When researchers asked teens their thoughts on having guns in their own homes, 28 per cent were in favor of it, citing reasons like a constitutional right to gun ownership, experience hunting or having a parent who owns guns.

Another 38 per cent of participants were on the fence about this question, and willing to support guns in the home only under certain conditions—like storing firearms in a lock box or limiting the number of weapons allowed in any given home.

Only 34 per cent of teens said they outright opposed guns in the home, and these participants said that was because it is dangerous.

When researchers asked about the potential for gun control laws to affect mass shootings, 33 per cent of teens said it wouldn’t make a difference. These participants felt that gun laws already on the books haven’t helped, and that people determined to commit this type of crime would find a gun no matter what.

The survey also asked teens who, if anyone, should not be allowed to own guns.

Half of the participants said mentally ill individuals and people with criminal records should be prohibited from owning firearms. About 22 per cent also said people with a history of being a danger to themselves or others shouldn’t be allowed to own guns.

The group of volunteer participants was not a nationally representative sample, so it’s not clear how closely the views expressed reflect what all teens in the US believe. The study also didn’t explore regional differences in teens’ perspectives on gun control, or whether their viewpoints might be shaped by living in a rural or urban community or their own experiences with firearms.

“Persons who ‘grow up with guns’ may come to see them as part of life and they may also have more knowledge regarding gun responsibility and safety,” said Alex Piquero, a criminology researcher at the University of Texas at Dallas who wasn’t involved in the study.

“We need to remember that when we study people’s perceptions about guns or any other issue, their views about the issue are seen through the experiences they have and the glasses through which they view and interpret them,” Piquero said by email.

Still, the results suggest that young people, like adults, may have complicated opinions about gun control, said Dr. James Dodington, an injury prevention researcher at Yale School of Medicine and Yale New Haven Hospital in Connecticut who wasn’t involved in the study.

“It was interesting to see the stance most youth took in regard to supporting legal gun ownership while supporting restrictions that may decrease the chance of firearm injuries,” Dodington said by email. “This point of view mirrors the perspectives of many adults and previous studies and points to the important notion that the ‘nuances’ of this policy discussion are not lost on youth.”