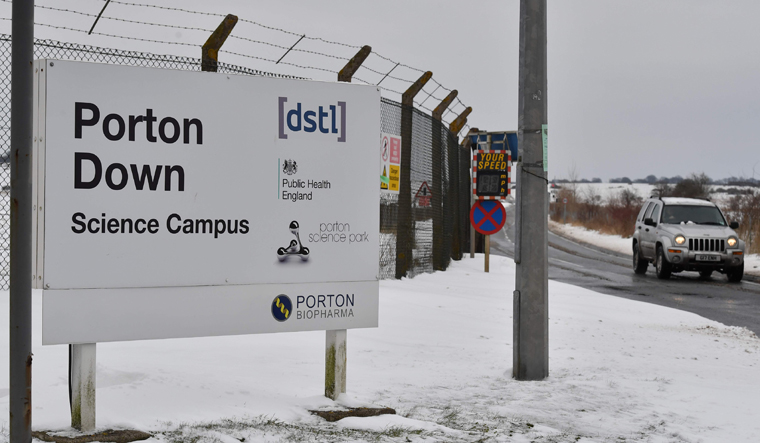 Porton Down science park that houses the Ministry of Defence's Defence Science and Technology Laboratory in the village of Porton, near Salisbury, in souther England | AFP

Britain’s military research facility at Porton Down said it could not have been the source of the nerve agent that poisoned Russian ex-spy Sergei Skripal and his daughter in the city of Salisbury this month, the BBC reported on Friday.

The BBC quoted Porton Down Chief Executive Gary Aitkenhead as saying there was “no way” the substance could have come from its laboratories as Russia has suggested.

He said the laboratory had the “highest levels” of controls and security, the BBC said.

Russia denies any involvement in the attack on the pair who have been critical in hospital since they were found unconscious on March 4 on a bench in Salisbury.

Russia’s EU ambassador Vladimir Chizhov noted in an interview with the BBC earlier this week that the Porton Down lab is only eight miles (11km) from Salisbury, insinuating that may have been the source.

The Foreign Office has said there was “not an ounce of truth” in his implication the nerve agent could have been linked to Porton Down.