Window to FATF compliance is open till June; choice has to be made by Pakistan 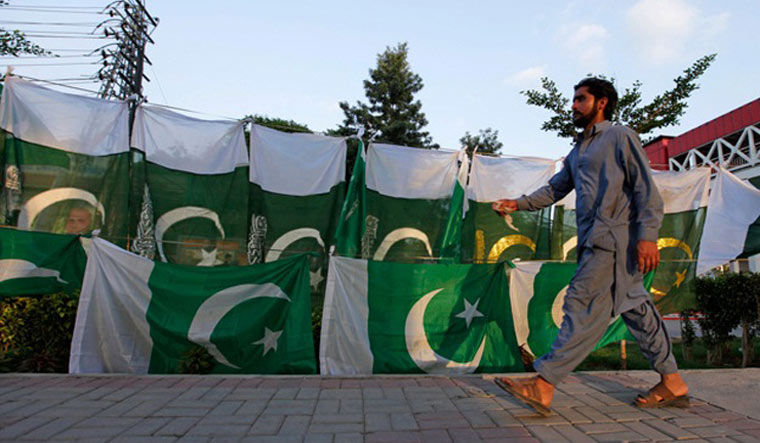 The plenary meeting of the FATF (Financial Action Task Force), a global body that monitors money-laundering, that concluded in Paris on February 23 elicited considerable interest,  since it was widely expected that Pakistan would be placed on the ‘grey’ list again—after a gap of three years.

Predictably TV discussions in India ran ahead of the final outcome and presumed that Pakistan had indeed been listed. However, in the end Pakistan ‘escaped’, but in a rather complex and convoluted manner. The consensus at the Paris meeting does point to Pakistan being quarantined in its tenacious support to terror groups operating against India and Afghanistan.

The final statement from the FATF meeting in Paris did not refer to Pakistan and its transgressions but ‘reliable’ sources indicated that this listing would be formally announced in June if Islamabad is unable to persuasively convince the global community of its commitment to the spirit of the FATF and related UN resolutions apropos terror funding.

It may be recalled that Pakistan was placed on the watch-list of the FATF for non-compliance in February 2012 and subsequently taken off  three years later in February 2015 after it had made some effort to convey compliance by introducing appropriate regulations to deter funding support to terror groups.

The ambivalence of the US and the western alliance in censuring Pakistan for its duplicity was evident over the years, for Rawalpindi, the HQ of the Pakistan army was able to skillfully exploit the American dependence on its major non-NATO ally, for  access to Afghanistan. This anxiety and vulnerability has been milked by the Pakistan military which adopted the sly-supplicant  and victim-of-terror card very successfully till the arrival of Donald Trump in the White House in January 2017.

The last year has been turbulent for Pakistan and it has not been business as usual, wherein the earlier ‘run with the hares and hunt with the hounds’ policy, honed to near perfection by the wily General Pervez Musharraf , has now been rudely reviewed by the Trump team. In summary, the US has signaled that it will no longer accept the elaborate charade that Rawalpindi was engaged in.

The FATF listing is part of this new tough love approach and it is instructive to note that the inclusion of Pakistan was at the behest of the US and UK, supported by Germany and France. Officials who attended the Paris meeting revealed that despite last minute lobbying by Pakistan with its support cluster (China, Russia, Saudi Arabia, GCC nations and Turkey), the final consensus on February 23 was to defer the listing in the current meeting but to  do so in June. The caveat is, if there is inadequate compliance by Pakistan by way of imposing effective, transparent, permanent and irreversible policy measures to curb terror funding, the inclusion in the FATF grey list will follow.

The Pakistan foreign office is maintaining a studious silence on the matter but local media in Pakistan is projecting the Paris meeting as a ‘victory’ and the more jingoistic have dubbed this a ‘defeat’ for the US and India.

The truth is more “grey” and some preliminary inferences follow. The US, it is evident, will keep its foot on the FATF pedal to list Pakistan and use this as a leverage, even while highlighting that a window is open if Rawalpindi reforms. This may not happen any time soon,  given the current eco-system that has been spawned in Pakistan in support of terror group funding.

The posture adopted by China wherein it has cut loose from its uncritical-unwavering support to all transgressions by Pakistan is instructive. It may be inferred that Beijing does not want to soil its profile in the global financial domain and therefore went along with the US led consensus in tacitly conveying the quarantine signal to Pakistan.

Support to Islamic terror groups has a muddy and opaque past and the global community is aware of this murky pattern. It may be recalled that during the Cold War (1980 onwards), to eject the former USSR from Afghanistan, the US had co-opted the western alliance and was supported actively by Saudi Arabia, Pakistan and even Israel. The modern mujahidin with a Kalashnikov in one hand and the Koran in the other was born from that crucible, and later morphed into the al-Qaida and the Islamic state and other variants.

The terror genie born from this cocktail cannot be put back into the bottle swiftly but the various support structures can be weakened. This is where the FATF has a critical role. Pakistan itself and its more discerning citizens are aware of the dire long term implications of continuing down the path the GHQ in Rawalpindi has chosen.

The global community is signaling that the window to FATF compliance is still open—till June. The choice has to be made by the deep state.