In singles, Khachanov entered semis after Korda retired with an injured wrist 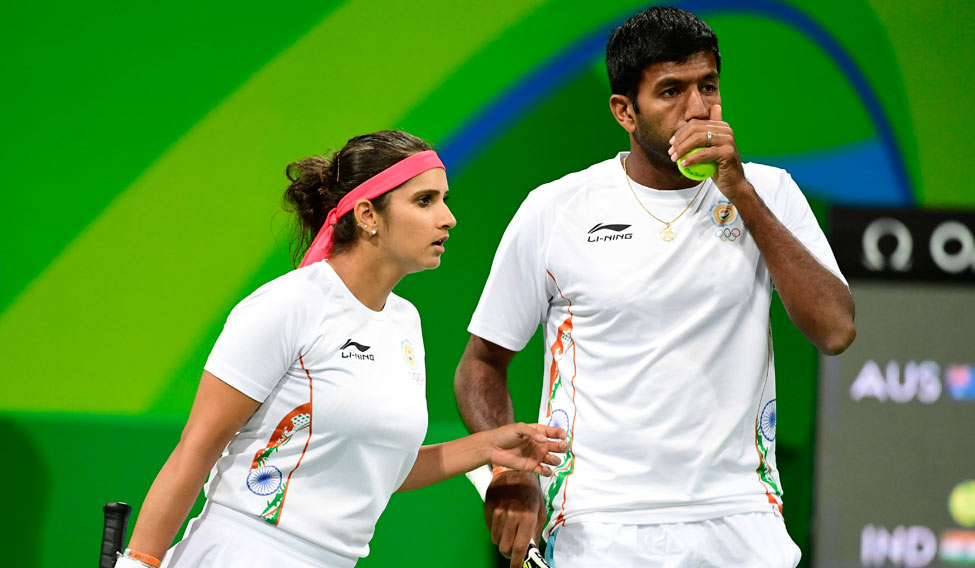 The Indian team of Rohan Bopanna and Sania Mirza moved to the Australian Open mixed doubles semifinals without moving a sinew as they got a walk over from Jelena Ostapenko and David Vega Hernandez on Tuesday.

The Indian team has not yet dropped a set in the mixed team competition.

They now await the winner of the quarterfinal between the pairs of third seeded Desirae Krawczyk and Neal Skupski and Taylor Townsend and Jamie Murray.

Bopanna and his partner Mathew Ebden, seeded 10th, had made a first round exit from the men's doubles event, while Mirza and her Kazkah partner Anna Danilina had lost in the women's doubles second round.

Ramkumar Ramanathan and his Mexican partner Miguel Angel Reyes-Varela, Yuki Bhambri and Saketh Myneni had also made first round exits.

Jeevan Nedunchezhiyan and N. Sriram Balaji had reached the second round before bowing out.

Meanwhile, Karen Khachanov moved into his first Australian Open semifinal when Sebastian Korda stopped playing in the third set on Tuesday because of an injured right wrist.

Khachanov will face either No. 3 seed Stefanos Tsitsipas or unseeded Jiri Lehecka for a berth in the final at Melbourne Park.

Korda, 22, who upset 2021 US Open champion and two-time Australian Open runner-up Daniil Medvedev in the third round, received treatment on his wrist from a trainer during the second set on Tuesday.

The younger Korda was one of three American men to get to the quarterfinals this time, the most for the country at the Australian Open since 2000. The other two, Ben Shelton and Tommy Paul, meet for a berth in the semi-finals on Wednesday.

Rybakina will play Jessica Pegula or Victoria Azarenka next.