If there's anyone able to stop Messi on one of his trademark dribbles, it is Van Dijk 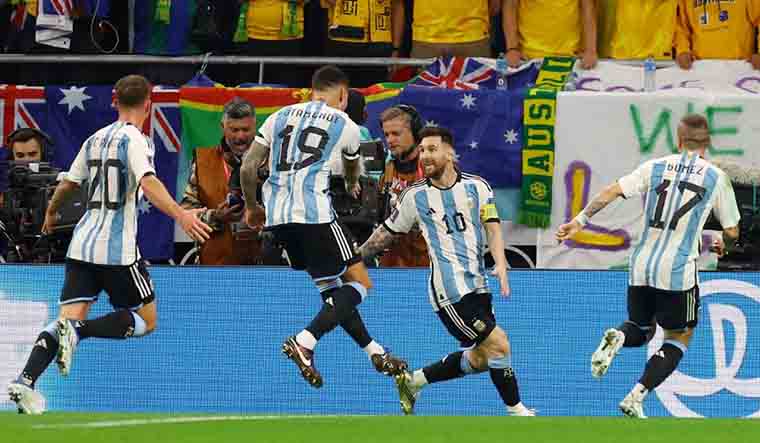 Lionel Messi up against Virgil van Dijk. The youngest coach at the World Cup taking on the oldest. South America versus Europe. A back catalogue of famous meetings.

The quarterfinal match between Argentina and the Netherlands has all the ingredients of a classic.

And the possibility of it being Messi's final game on football's biggest stage just adds to the anticipation.

The seven-time world player of the year is three wins away from achieving his ultimate dream but he has two people, in particular, blocking his path.

First, the not inconsiderable frame of Van Dijk, who has been one of the world's best defenders over the past five years. If there's anyone able to stop Messi on one of his trademark dribbles, it is the graceful Liverpool centre-back who combines pace with a great reading of the game.

And then there's Louis van Gaal, the wily tactician who is 71, has recently undergone successful treatment for prostate cancer, and is now plotting to win the World Cup in perhaps the final job of his 26-year coaching career.

Van Gaal, who has long been one of the most charismatic characters in football, is approaching this task with a lot of fun - even on the eve of one of the biggest matches of his career.

On Thursday, he was told that Angel Di Maria, who plays for Argentina, thinks he is the worst coach he has ever played under following their time together at Manchester United in 2014-15.

Van Gaal said it was a pity Di Maria felt this way - he is one of the few players to have said that, he remarked, as usually it is the other way round - and added he once had a falling-out with Netherlands captain Memphis Depay, who was sitting next to him.

“Now we kiss each other," Van Gaal said, leaning toward Depay with his arms out.

Van Gaal was also asked how he was planning to stop Messi.

“It'd be pretty stupid to reveal your own tactics,” he said, smiling. “But it's not that difficult to come up with any answer. You could have come up with an answer yourself. You may want to block and close the passing lines. Am I right, Memphis?"

As for his Argentina counterpart, the 44-year-old Lionel Scaloni is a comparative novice after taking charge of his country in 2018 for his first senior coaching role. Still, he has already led Argentina to the Copa America title last year - the country's first major trophy since 1993 - and has managed to steady his team after a shocking loss to Saudi Arabia in its opening group game.

While Van Gaal was predicting a tight match that will be settled by a decisive moment, Scaloni said it will be a beautiful game because “we are talking about two national teams willing to attack but who can also defend".

It's set to be a clash of styles between two of football's historic powerhouses, with Argentina - a two-time champion, preferring to play a possession game and the Dutch, three times a beaten finalist - now typically playing on the counterattack under Van Gaal.

They have met in some high-profile World Cup games, none bigger than the 1978 final won by Argentina on home soil. There was also a last-16 match in 1998, won by the Netherlands thanks to a wonderful 90th-minute goal by Dennis Bergkamp, and then a penalty-shootout win by Argentina in the semifinals in 2014.

Messi played in that game and was kept relatively quiet by a team also coached by Van Gaal. Eight years later, Messi is still Argentina's star player and put in his best performance in this World Cup in the 2-1 win over Australia in the round of 16.

“The tournament is starting tomorrow for us, for real,” Van Gaal said. “Although I don't want to downplay the importance of the other countries we have beaten, Argentina and then potentially Brazil in the next round are different countries than those we played up to now.”

Scaloni was pressed on the fitness of midfielder Rodrigo De Paul, who might be a doubt according to some reports in the Argentine media, but gave little away.