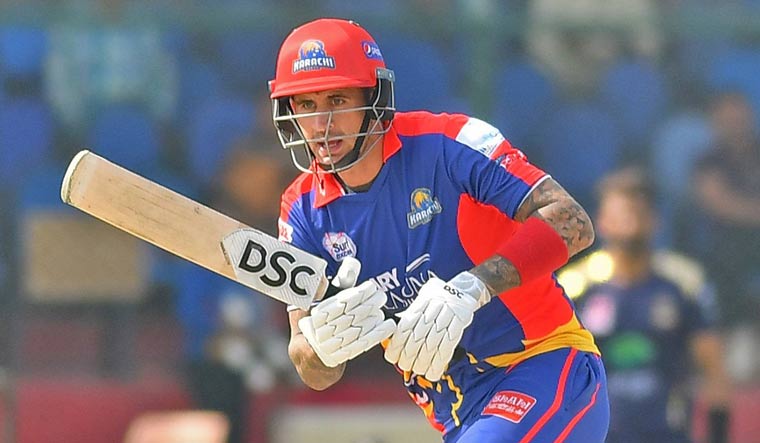 Alex Hales' three-year exile from international cricket ended Wednesday when he was selected by England as the replacement for the injured Jonny Bairstow in its squad for the Twenty20 World Cup.

Hales, a big-hitting opening batter, was dropped ahead of the 2019 Cricket World Cup for what was described by the England and Wales Cricket Board as an off-field incident that led to a suspension. He reportedly twice tested positive for recreational drugs.

That led to England's white-ball captain at the time, Eoin Morgan, delivering a scathing condemnation of Hales' behavior, saying he had shown a complete disregard for team values and couldn't be trusted.

Hales' return signals a change in policy by England, which is now under the captaincy of Jos Buttler following the international retirement of Morgan this year.

Bairstow, England's in-form batter across all formats, had to pull out of the World Cup squad after injuring his leg in what he described as a freak accident while playing golf last week. Bairstow needs an operation and said he will be out for the immediate future.

Hales has also been added to England squad for this month's seven-match T20 series in Pakistan its first tour of the country since Australia.

England will then move on to Australia, where the teams meet for a three-match T20 series before the World Cup starts Oct. 16.