Shubman Gill was all class on way to his maiden international hundred, taking India 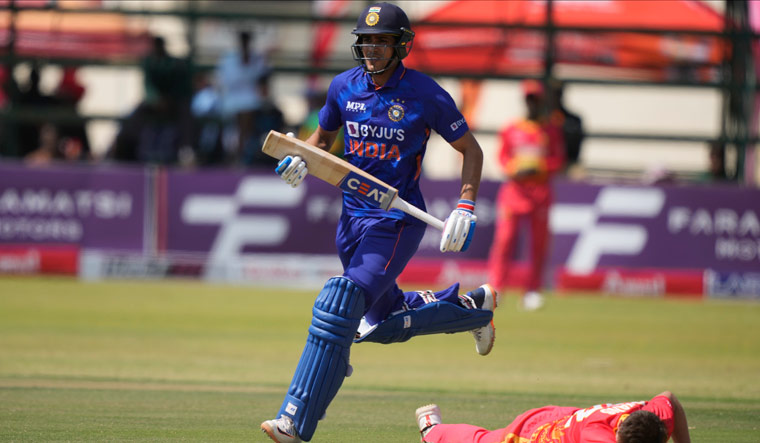 Shubman Gill was all class on way to his maiden international hundred, taking India to 289 for eight in the third and final ODI against Zimbabwe in Harare on Monday.

Opting to bat for the first time in the series, India did not have the most fluent of starts as they struggled to 63 for one in 15 overs.

Both the seasoned openers -- skipper K L Rahul (30 off 46) and Shikhar Dhawan (40 off 68) -- would be disappointed at not being able to convert their starts.

Coming back from a long injury break, Rahul had an ideal opportunity to get back into groove ahead of the Asia Cup T20. He played on to a length ball off medium pacer Brad Evans who ended up taking five wickets for the first time.

The first hour has proved to be tricky for the batters here but with so much experience under their belt, both Dhawan and Rahul should have gone on to make big ones.

Barring the stand between Gill and Kishan, not much stood out from the Indian innings.

Gill, who made his ODI comeback with the series against the West Indies, was a treat to the eye during his innings comprising 15 fours and a six. The 22-year-old played shots all around, with his straight drives and cover drives standing out.

Gill had a few nervous moments in the 90s before he reached the milestone.

Evans appealed for a close leg before call but the DRS was turned down after UltraEdge showed that the ball touched Gill's bat before thudding into the pads. On the same ball however, Kishan was run out at the other end after he left his crease for a quick single, but Gill was preoccupied with the appeal.