Is teen Rehan Ahmed the answer to England's leg-spin woes?

Ahmed is currently training with the England ODI squad 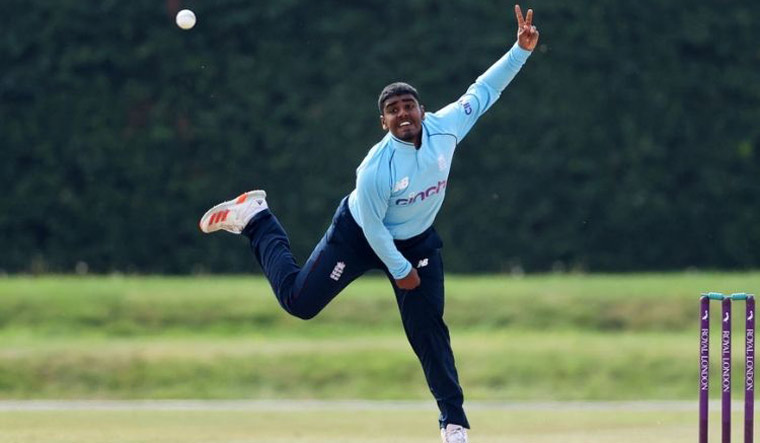 Here's a quick one - name an English leg-spinner. Chances are that the only name that will pop up immediately is Adil Rashid, and that too, only if you had been following England's international cricketing exploits closely.

It's a fair indication of the strained relationaship between the art of leg-spin and English international cricket, over the years. (Alfred Percy 'Tich' Freeman, though, deserves a special mention. The Kent bowler took an astonishing 3,776 wickets in his first-class career, including over 200 wickets in each of the eight seasons between 1928 and 1935. But he could not replicate the success at the international level, playing just 12 Tests and picking up 66 wickets.)

With Rashid on the wrong side of the 30s, the search for his successor seems to have yielded a name finally. Rehan Ahmed is only 17 but is already being touted as the answer to England's leg-spin woes. The teenager is currently training with the England ODI squad. He made heads turn earlier this month when he picked up 3/54 for England Lions in a 50-over warm-up match against South Africa (he dismissed Aiden Markram, Rassie van der Dussen and Janneman Malan).

Ahmed is no flash in the pan - he was spotted early. At 13, he dismissed none other than Ben Stokes, Alastair Cook, and Joe Root in the nets at Lord's.

It has been a great year for Ahmed, who starred for England at the Under-19 World Cup, taking 12 wickets in four games. He then had an impressive T20 Blast campaign with Leicestershire, taking 19 wickets at an average of 20.15 in the group stages - the most of any right-arm legspinner - thus earning the call-up to the Lions squad.

Ahmed was coached by his father Naeem who shifted to England from Pakistan in his late teens. The kid started off as a seam bowler but his height made him switch to spin. He started off as an offie but felt he had more control over his leggies. Ahmed figured there were not too many leggies around and so, “to be different”, he chose leg-spin. His googlies, especially, are a treat to watch now.

He started off at Nottinghamshire, where he was noticed by Pakistan spin legend Mushtaq Ahmed. But it was the meeting with his idol - the late Aussie legendary leg-spinner Shane Warne - that the 17-year-old still cherishes.