The three-match series is tied at 1-1 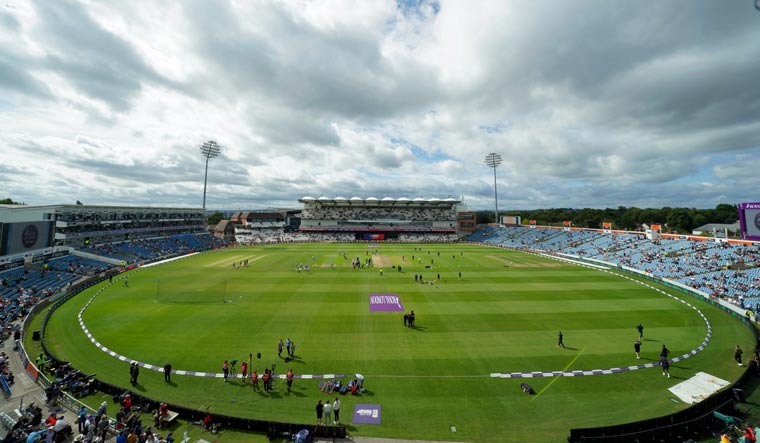 A view of the Emerald Headingley Stadium before the third one-day international cricket match between England and South Africa in Leeds, England, Sunday, July 24, 2022 | AP

South Africa won the toss and opted to bat first in the deciding one-day international against England at Headingley on Sunday.

The three-match series is tied at 1-1.

Both teams were unchanged from the second ODI, won by England by 118 runs at Old Trafford on Friday. South Africa won the first match by 62 runs in Durham on Tuesday.