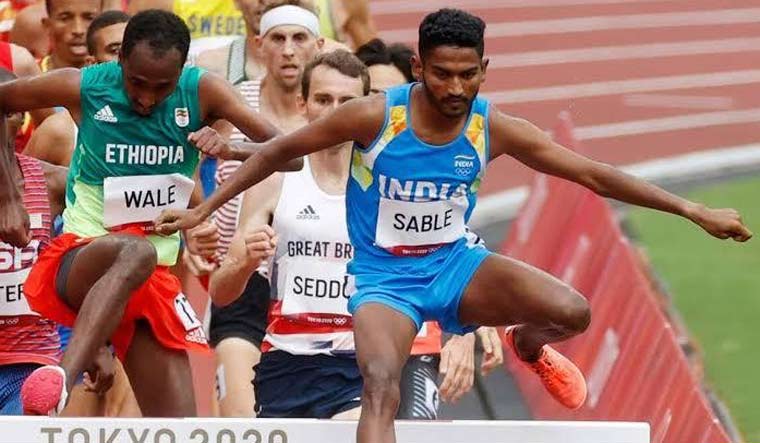 There are many reasons why Army man Avinash Sable is India's premier long-distance runner. Last Sunday, he broke the national record in the 3000m steeplechase with a timing of 8.12.48 at the Rabat Diamond League. He finished fifth in the race in Morocco, and pipped 2020 Tokyo Olympics bronze medallist Benjamin Kigen. This was the eighth time he has set the steeplechase record. He first broke it in 2018 when he clocked 8.29.80 at the interstate championships to erase the then 37-year-old mark of 8.30.88 set by Gopal Saini. In May, the all-rounder broke Bahadur Prasad's 30-year-old 5,000m national record in a high-quality field in San Juan Capistrano.

From Mandwa in Beed district of Maharashtra, Sable, 27, took up long-distance running seriously only in 2015 after joining the Army. Life was a struggle till then, being born to a farmer of modest means. Taking up a sport was not even a distant dream. However, once he did, there was no looking back. He qualified for Tokyo Olympics in the men's 3000m steeplechase by breaking his own national record twice in three days. In the 2019 World Championships in Doha, he finished 13th.

But all that is in the past now. Sable is currently training in Colorado Spings, with distance coach Scott Simmons, preparing for the IAAF World Athletics Championships to be held in Oregon, USA, from July 15 to 24. He talked to the media about his training and competition plans in the coming months. Excerpts:

Q/ How was your Diamond League race and experience?

A/ It was a very good competition for me. It was as important for me as a world championship or an Olympic final race. I got to learn a lot from this race, especially keeping in mind the forthcoming World Athletics Championships. It was a very good race for me. I feel, only if we compete at the highest level, will we improve. Otherwise, the gap betwen the top athletes and us will always remain.

Q/ How has your Army stint helped you in your running?

A/ I started running only when I joined the Army. My nine-month training really helped me here. I learnt to get out of any circumstance, after joining the Army. Running seems easy comparatively! We were trained to run 5km in our BPT (Battle Proficiency Test), where they test our physical stamina. This is easy compared to that and I am enjoying it a lot, too (laughs).

A/ When I ran in a competition in 2018 for the first time, I clocked 8:29. That was a national record. I had not thought then I would achieve 8:12. I don't feel achieving sub-8 minutes is difficult. If I was training in India, I may have thought the other athletes are superior. But since I started training with these athletes abroad, I feel we can achieve it too.

In India, steeplechase races used to go for 8:40 seconds, which was considered decent. When I started, I was only thinking of winning a medal to get a promotion. I didn't have big plans then. Now I feel, if I can come to 8:12 from nealy 9 minutes, then achieving sub-8 is no big deal.

Q/ How is the training in Colorado Springs helping you?

A/ The main benefit is that I get to train with my level of athletes unlike in India. Back home, in camps, I had to train alone. Here, my training partners are sometimes doing even better than me. So, the level is high. My approach and mindset have changed while training here.

Q/ You have been breaking records regularly. How did you achieve this mentality?

A/ I was always a risk-taker. When I started training under coach Nikolai Snesarev, my thought process and approach towards competitions changed. I started aiming for national records.

It was a tough time for me - people started questioning my ability. They said no one can achieve 8:30 mark. I didn't know how to go about things. I just tried to train harder but got injured. I missed the 2018 Asian Games, too, due to injury. All I wanted to do in 2019 was to break the national record. I spent lot of time with coach Nikolai in the Bengaluru camp; he was also very worried. He spent a lot of time on me. He had many plans for me - training in Kyrgyzstan etc. But I did not have much idea about it and I refused to go with him there. That was perhaps my biggest mistake. I didn't take the risk. He was upset with me. He didn't return to India.