The tennis icon has a chronic foot injury 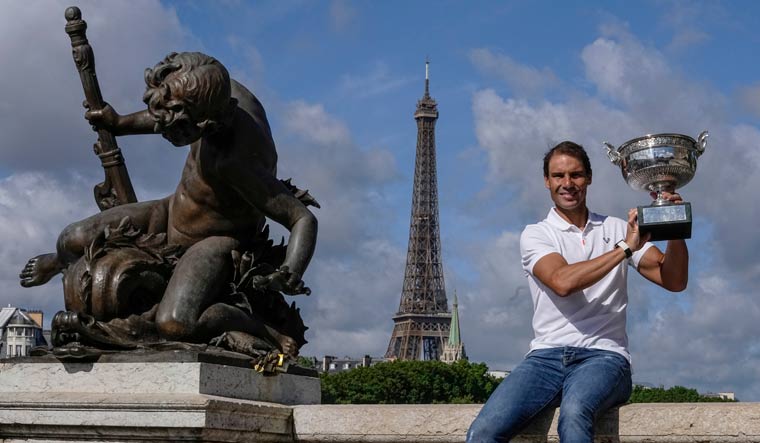 Putting to rest rumours regarding his retirement, tennis icon Rafael Nadal said after winning the French Open that he would fight to keep going.

The Spaniard, despite a chronic foot injury, clinched his 14th French Open title and record-extending 22nd Grand Slam title defeating Casper Ruud, who was his trainee, on Sunday. Winning the title, Rafael Nadal said, “I don't know what I would do in terms of injuries if it wasn't for the team, my family and everyone around me.” He added that he never believed he would be at the tournament at 36 years of age, and it helped him to keep going.

Rafael said he doesn't know what can happen in the future, but he was going to keep fighting, to keep going. Rafael said that he needed painkilling injections in his left foot before every match to overcome the pain and he would be undergoing treatment in Spain.

The tennis star suffers from Müller-Weiss syndrome, a degenerative disease that could cause mid- and hind-foot pain and deformation. Rumours about possible retirement had been afoot after the iconic player lost in the Italian Open following severe foot pain.

Ahead of the final match on Sunday, veteran Russian player Yevgeny Kafelnikov said Rafael may say that he will retire after his 22nd Grand Slam title, Sportklub reported. However, The Daily Express quoted Carlos Moya, Rafael's coach, as saying, “I’m positive, but I don’t have all the answers” when asked about the retirement rumours.

The publication quoted his long-time agent Benito Perez-Barbadillo as saying, “Rafa will try everything within the limits to be at Wimbledon.” Rafael's ex-coach and uncle Toni Nadal said that he was confident this will not be his last Roland Garros, The Daily Express reported.