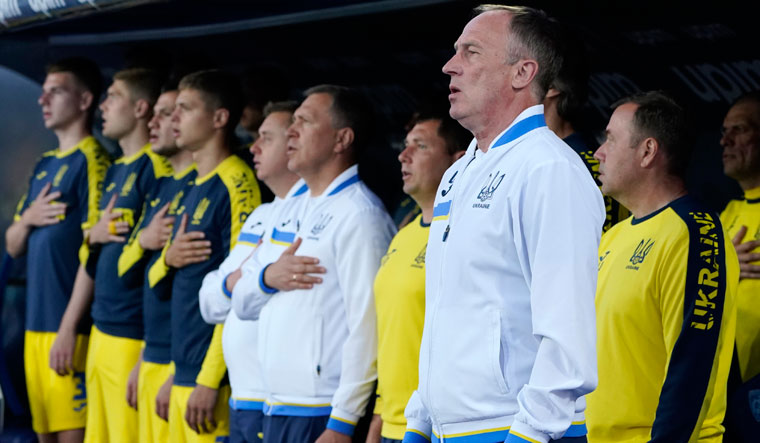 Having also beaten German club Borussia Mnchengladbach last week in its first game since the Russian invasion, Ukraine is regaining its form ahead of a World Cup qualifying playoff against Scotland next month.

Roman Yaremchuk, Oleksandr Karavaiev and Oleksandr Pikhalonok scored for Ukraine, while Andrea La Mantia briefly made it 1-1 for Empoli on Tuesday.

The numbers on the back of Ukraine players' shirts were composed of the names of the country's cities that have been under attack since Russian troops invaded on Feb. 24.

If Ukraine beats Scotland in the playoff in Glasgow on June 1, it will face Wales four days later in Cardiff for a place at this year's World Cup in Qatar.